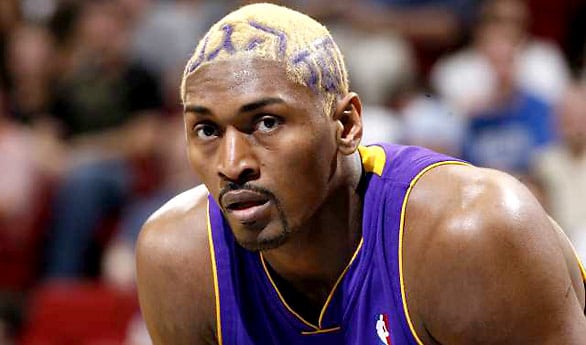 Ron Artest, we love you, but we can barely keep up with you. Just last week you were planning a landmark comedy tour, you found a ride home from the airport via Twitter, and you wrote some poetry that exposed your artistic soul. And it's not that we didn't expect you to one-up yourself eventually (we know you're good like that), we just didn't expect it to be this week. But if TMZ is to be believed, you just filed the papers to legally change your name to Metta World Peace. God bless you, Ron Artest.

When Kobe wants to stoke his jersey sales, he changes his number. But not you, Ron Artest. No, you go all out. Even World B Free kept his original last name, and Chad Ochocinco's stunts were a lot funnier when he actually scored touchdowns (I know it's not your fault though, Chad, I still love you, come play for the Patriots). See, Ron, you're more like a slightly more dangerous Shaq: you know what your fans love, and you give it to them. 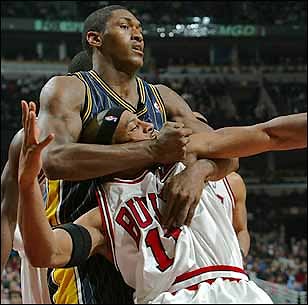 Metta World Peace? It's genius. Who doesn't want a jersey with "PEACE" splashed across the back, especially if the Peace in question is a man who once hurdled a scorer's table in order to physically assault a fan?

Ron hasn't immediately returned our efforts to get in touch to learn more, but that's okay, we love him nonetheless for it. In the meantime, enjoy Complex's list of Ron's "10 Most Badass Moments", including the time he applied for a job at Circuit City (during his rookie season) to get an employee discount on a stereo. Ron, Metta, or whatever you want to go by, it's all good with us. Just don't ever stop being you.