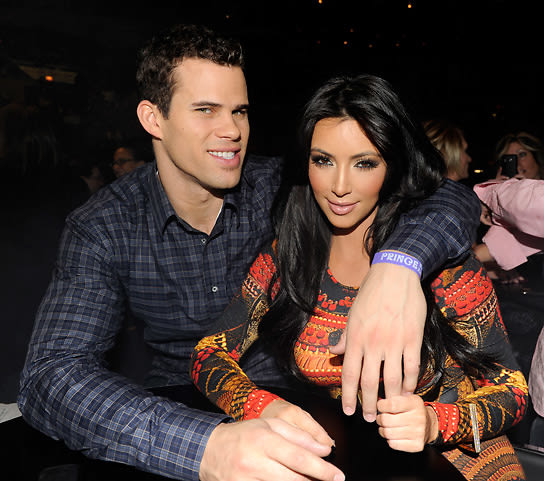 We admit, we know it's not exactly breaking news that Kim Kardashian and Kris Humphries are getting married, and by now, you've probably already heard about their batshit insane bridal registry at Gearys Beverly Hills. But the fact that a mob of enraged single mothers, foreclosed families and credit card debtors haven't yet stormed Kim's house with pitchforks and torches would suggest that maybe people haven't really been looking hard enough. After all, if my math is correct, twenty-four "Presentation Plates" at $305 a pop comes out to $7,320. This is well over the total amount I intend to spend at my own eventual wedding, barring a major change in the Popov Vodka market. Let's delve further into this very, very expensive wish list, and perhaps see if we can figure out why some of these common household items are so G.D. expensive. 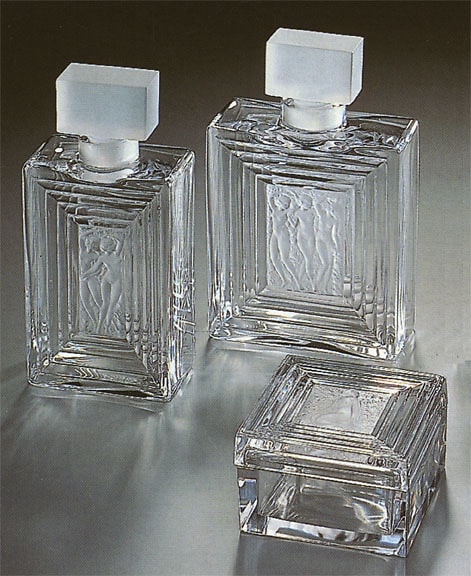 What Is It?: If you're like me, you might have seen this item on the registry, Googled it, realized it was nothing more than a tiny little perfume bottle, and spit out your Keystone Light in a moment of pure populist disgust. But that would be a major mistake, because then what will you have left to spit out when you realize that that's the price literally for only the bottle? As in, with no perfume inside? I at least figured that the four-figure price tag indicated some master perfumier's greatest creation, a legendary perfume made of elk pheromones and diamond juice and a single hair plucked from the brow of St. Francis of Assisi, the scent of which could drive any marginally talented pro athlete wild with desire.

But no, that's not the case, it's a crystal bottle that Kim will probably fill with Khloe and Lamar's unisex, offensively pungent fragrance (full disclosure: I've never actually gotten a whiff but I can only imagine) or something just to make you hate your own life that much more. And lest I forget, it's one of (by my count) seven perfume bottles on the registry, which in total add up to roughly $6,695 in empty bottles. In case you were wondering.

For That Price, It Had Better: Turn water into Chanel No. 5. Literally. You should be able to pour water into this bottle, shake it a few times, and it should magically be full of French perfume. Otherwise, I really don't know what to say. [photo via] 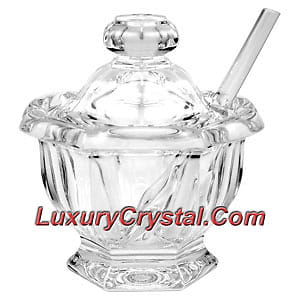 What Is It?: You're never going to believe this, but it's a jam jar. As in, a jar for holding jam. And only jam, by the way: since the happy couple (my mash-up celeb couple name suggestion is Krumphy) has also separately listed the Missouri Candy Jar ($375) and the Missouri Mustard Jar (a totally affordable $175), one can assume that each item is uniquely and carefully molded to the exact demands of holding jam, candy, and mustard, respectively.

And furthermore, do you think the tornado-ravaged residents of Missouri really appreciate having a $400 glass jar named after their state? Way to rub it in, Baccarat.

For That Price, It Had Better: Double as a medically sterile receptacle for any extra collagen that might spill over the course of a regular day-to-day. If there was ever a household in America where the number one danger would be serious injury caused by slipping on loose collagen, I think we're looking at it.  [photo via LuxuryCrystal.com, which offers the Missouri Jam Jar for a meager $288. Way to look out for your guests, Krumphy] 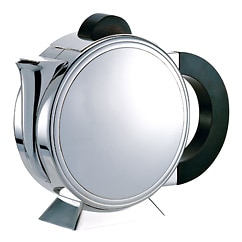 What Is It?: There's really no better way to spit in the eye of the common man than to buy (or request) a $1,650 coffee pot. Coffee is the drink of the masses, the universal fuel that keeps everyone from sign-spinners to CEO's awake, productive, and slightly back from the ledge. Naturally, I can see how it might be distressing to Krumphy, getting lumped in with the proletariat like that, so thank God some French silversmith designed a coffeepot, sugar bowl and creamer set that adds up to the monthly take-home income of a public schoolteacher. Now, in the interest of fairness, we'll give Krumphy some credit: they've listed all three pieces in the set separately, so if you're getting crushed by your student loans, or saving up to make sure your kid will be all set when back-to-school rolls around, they'll totally understand if you only get the $1,000 creamer pitcher.

For That Price, It Had Better: Come to life singing and dancing, Beauty And The Beast-style. [photo via] 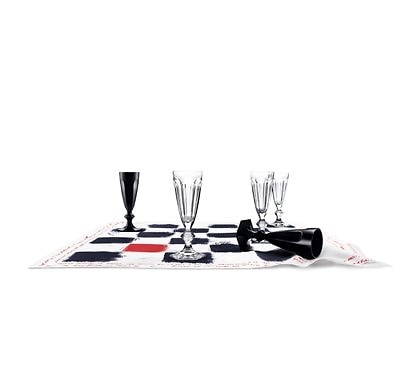 What Is It?: A Philippe & Ara Starck-designed set that celebrates the 170th anniversary of the iconic Harcourt glass, according to this exceedingly pretentious Facebook page. Not only does your $1,600 buy you four whole champagne flutes, but also a limited edition silk scarf printed like a chessboard, because nothing screams "original iconography" like chess. Actually, I'll take a step back on this one, as it really does seem like a nice, stylish set. Hell, I'd be willing to pay upwards of $75 for a nice set like that. I wonder if the folks at Gearys would even spit on you for $75 or if their saliva is reserved only for the faces of Beverly Hills' most expensive hookers.

For That Price, It Had Better: Have a very open return/refund/repair policy for when Kim gets super-frustrated that she can't understand the rules of Checkers and smashes the whole set. Kris should be careful, too—a game of checkers can take up to 10 minutes to complete, and I know he's not used to that kind of playing time. [photo via] 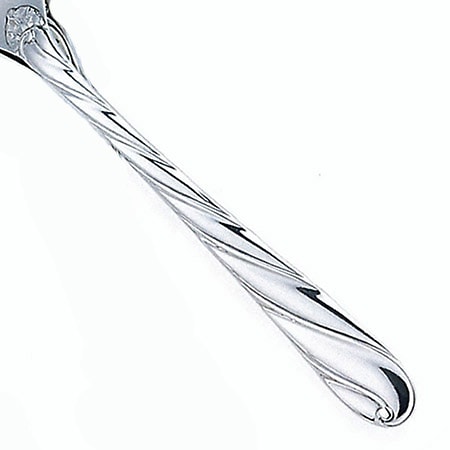 What Is It?: It's an $880 salad fork. What else could it possibly be? Yeah, it's made out of silver, but ten seconds of research shows that the going price of silver is currently $35.89/ounce. Which means that even if this particular fork weighs, say, a full pound (and I'm pretty sure it does not), we're still a solid 300 beans apart. Never mind the fact that without the matching Torchon Salad Serving Spoon (another $880, of course), it cannot even perform the one basic function that it was put on Earth to do, which is to Serve Salad.

For That Price, It Had Better: Become Exhibit A in 2015's most scandalous celebrity murder trial. [photo via]

I understand that this is a "Bridal" registry and all, and that its main function is to provide all the un-fun stuff that the happy couple doesn't want to spend their own money on, but even with all of that said, Kris is getting effed. Where's the golden iPhone? The diamond-studded cocaine mirror? The Crystal basketball hoop? Shouldn't he be allowed to pick out one single thing? Kris, invite me to the wedding, man. I'll bring you something cool, like a vintage Game Boy, or some vodka I made in my bathtub. Think about it, Krumphy!

FYI: GEARYS website seems to have temporarily crashed, perhaps due to the absolute absurdity. Click here for the Google cached version!