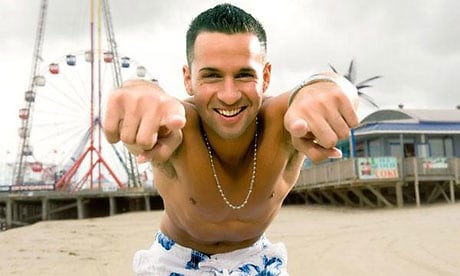 While A&F stock took a little hit yesterday, the overlap of people who nonironically watch "Jersey Shore" and people who own stock is a perfect zero, so I'm guessing that's a coincidence and nothing to worry about. As long as that holds true, I can't imagine Abercrombie's stunt will be the last. Let's try to brainstorm what other celebs might see a big old payday just for leaving some famous brands alone. 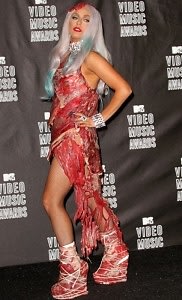 This one is so obvious and universal, they could probably write off the payment as a charitable donation. Lady Gaga has long been an awful, second-rate Madonna, but the Meat Outfit was a point of no artistic return. Not that I'm defending Madge, who can take care of herself, but it seems to me that her late 80s/early 90s bizarreness was delivered with an undertone of dark humor and sexual provocation that made it at least somewhat relevant, challenging and fun. In contrast, Gaga's shtick is utterly humorless; her justification for the meat dress was some disconnected nonsense about DADT and "owning the meat on your bones." Simply put, if you turn wearing a giant Meat Outfit (which is potentially awesome) into a hacky, contrived political statement with no humor whatsoever, you don't deserve to be associated with meat.

So we suggest that lunch meat giant Boar's Head throws a boatload of cash at Lady G to sell that thing to a Korean restaurant or whatever, and leave the perishables alone when choosing future outfits. While we're dreaming, let's have RuPaul and the Alexander McQueen estate match the donation so that she stops dressing like a freaky space tranny altogether.     [photo via]

Proactiv should pay Lindsay Lohan to cover up 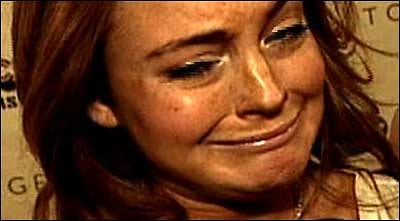 In 2006, signing young, vibrant teen star Lindsay Lohan to a skincare endorsement deal probably seemed like a no-brainer. But now that LiLo has been through a laundry list of legal, career and substance abuse problems that have left her skin a delightful day-glo orange, I'm guessing Proactiv wishes they'd used at least a little brains. Sure, the contract has long since expired, but it's not exactly hard to find the hilarious informercial online. Now, despite the fact that Lindsay most likely hasn't used Proactiv in years (since you can't snort it), every time her magical orange complexion pops up on TV, it doesn't make the company look good. Why not protect what's left of your company by paying Lindsay to wear a full-body cover every time she's in public? She can spin it religious and rock a burkha, or do as her Proactiv co-endorser Jessica Simpson did and gain enough weight that she has to wear a mu-mu every time she goes out. It's up to her, as long as a whole new generation of acne-riddled teens never catches on to the fact that it takes more than a miracle face-wash to create healthy skin.             [photo via] 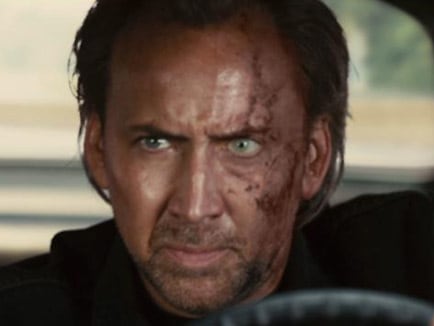 Although the Academy has given out plenty of questionable Oscars (did anyone actually like Crash?), it's tough to say that Nicolas Cage didn't earn his Best Actor statue. His alcoholic character in Leaving Las Vegas was nuanced, tragic, and pathological. Since then, however, it's mostly Cage himself that's come off as nuanced and pathological, as he finds himself embroiled in both personal and artistic bankruptcy issues. The thing is, given the right material, he's still capable of amazing performances (I'm not sure any other actor in the world could have pulled off Bad Lieutenant: Port of Call New Orleans), but 9 times out of 10 he clearly doesn't give a rat's ass, as long as he's (or his creditors are) getting paid.

But you just know the Academy voters die a little on the inside every time they see "Academy Award winner Nicolas Cage" mentioned in the promo lit for Ghost Rider 2. So why not pay the man to stop making movies? Sure, it'll be expensive, but we can crowd-source it: I'll bet every American that paid $13.50 to see Cage mumble and sleepwalk his way through Season of the Witch would gladly cough up that amount again if it meant they'd never make another one. And with his financial woes at least partially taken care of, maybe Nic can actually regain a modicum of self-respect, and try to try again. Wouldn't that be nice? [photo via]