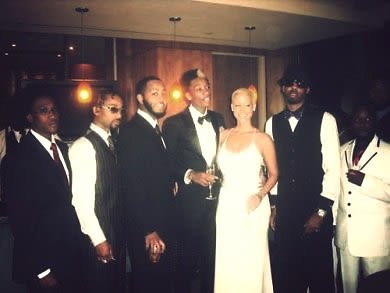 They've openly addressed their intentions to tie the knot, and photos that emerged this week of hip-hop's Wiz Khalifa and the chick who's famous for being a major star-you-know-what-er capture the couple in Vegas last week at what looks damn near like the reception of their wedding, but it's not what you think.

The photos show Amber Rose in a white gown dancing with the presumed groom in a black tux. Another shows the happy couple flanked by what one might venture to guess are the groomsmen in suits. Understandably, these images sparked rumors the couple had said their 'I Do's' in a hush-hush, and possibly shotgun Vegas ceremony. 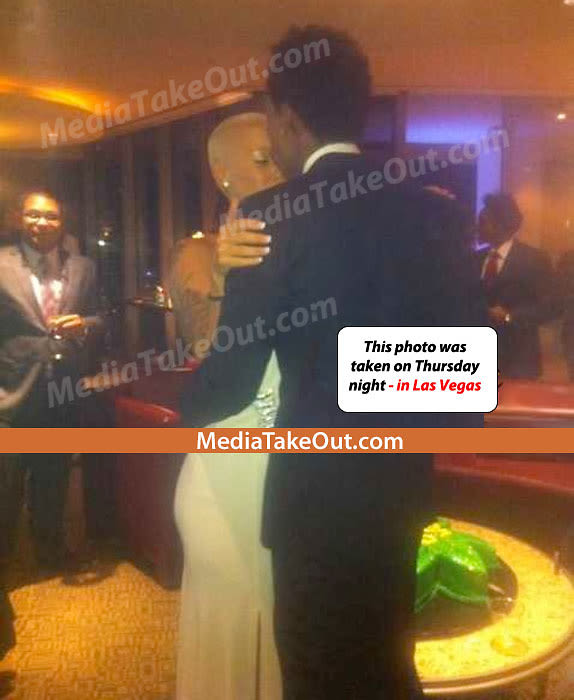 But according to a source close to Wiz and his lady in white, the two did not get hitched and were simply celebrating his birthday when the photos were taken. Las Vegas county officials also submit there are no records of a marriage. So relax guys, there's still time for you to finagle this highly sought-after video girl famous for dating famous rappers before she and Wiz become official. But you best have at least one hit single and a massive ego to stand a chance. And should probably start making moves because it seriously looks like his birthday was some bizarre simulation of a wedding, maybe to see what the real thing would feel like...? Odd. Either way, the delicate Rose flower's bachelorette days appear to be numbered and she looks great in white.