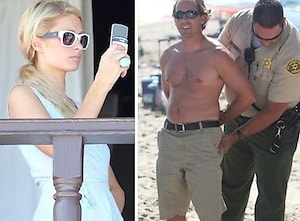 Would you rather be caught on tape getting freaky with Paris Hilton, or get arrested for stalking her? Think about it for a minute before you answer; you can't get an STD from handcuffs. But either way, you have a role model from this weekend, as Paris was caught sucking face Thursday at the Roosevelt with The Hangover 2 director Todd Phillips, and was then photographed presiding over the arrest of her longtime stalker James Rainford outside her Malibu home yesterday. So the question stands: who would you rather be? 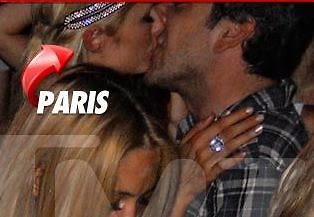 The Case For: Seems easy, right? He's a superstar Hollywood director, the man behind The Hangover, Road Trip, and Old School. He's rich. And if he's fearlessly jamming his tongue down Paris Hilton's throat, you can bet he has awesome health insurance. Some people consider Paris to be hot. You'd be Eskimo Brothers with some of the most famous actors, athletes and coke dealers in Hollywood, which would provide great networking opportunities. 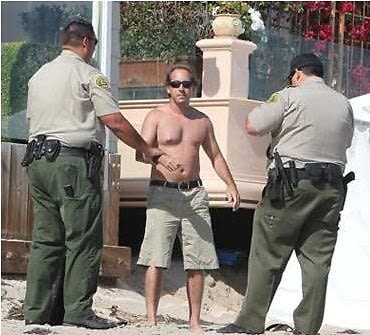 The Case Against: Batshit insane. In significant legal trouble, currently being held on $20,000 bail. Lacks muscle definition. Unlikely to ever fulfill lifelong dream of marrying Paris/meeting Paris/wearing Paris as a hat.

The Case For: Restraining order is probably saving him a lifetime of penicillin shots. He has a chance to meet someone smarter and more down-to-earth through one of many services that match up prison inmates with pen pals. Semi-thick head of hair. Owns at least one belt. Cooperative with police.

THE VERDICT: Todd Phillips, but not by as much as you might think.