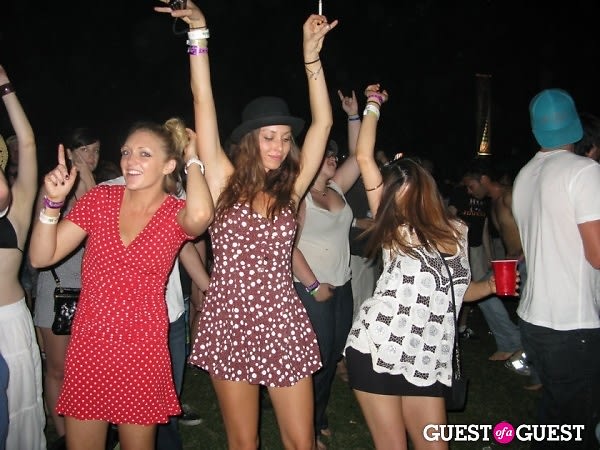 Although it feels like the time for us to make our annual pilgrimage to the desert where we pretend we're hippies and wear feather headdresses will never come, official dates for Coachella 2011 have been announced. We can once again relive the magic at the festival of music and general radness from Friday, April 15th-Sunday, the 17th.  It sounds so far away but at least now we can start an official countdown (246 days, not including today). Not like anyone's actually going to start figuring out logistics until April rolls around anyway -- planning in advance would be blasphemous and totally against the Coachella tradition.  Lineup predictions, anyone? We just want to put this out into the universe and hope for the best: Daft Punk.

In other Coachella news, Sly Stone just got slapped with a slander lawsuit by his former manager, Jerry Goldstein, for that legendary shitshow he gave on the last night at this year's festival. We weren't there because we were at the Gorillaz show watching them kill it (weren't you?), but heard about it afterward from some people who, for some inexplicable reason, opted for the Sly and The Family Stone show instead.  To say Sly was a shameless hot mess during his performance of sorts would be putting it mildly. In their review, LA Weekly referred to it as an "absolutely sad spectacle" and then went on to describe it with this... 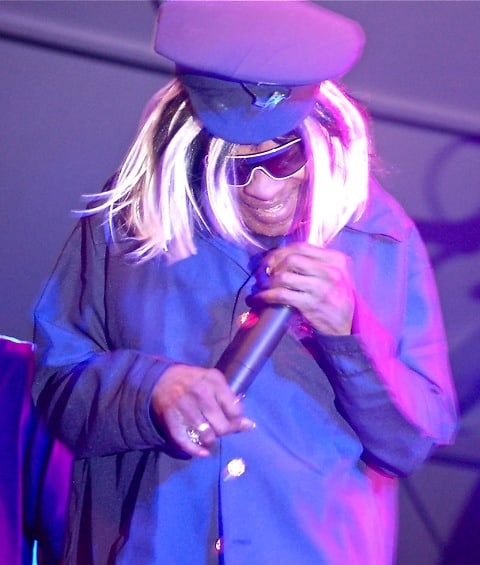 "Truly awful on the part of the organizers (if they knew what they were getting), and especially awful on the part of Sly's current friends and handlers who let him go onstage like a ranting, raving shell of what he used to be. [He] would sing a few bars of the classics but he'd soon stop and start asking what time it was and how long he had to stay onstage to get paid. He also shared with the audience some of his current legal troubles (at length) and berated his band."

[Photo by Lina Lecaro for LA Weekly] During his is belligerent rambling about his legal troubles, Sly carried on about his former manager, whom he was already suing for various offenses of mishandling, implying he was a thief.  Despite the fact that everyone there knew Sly was completely out of his tree and only stuck around to marvel at the spectacle, Goldstein is countersuing for his "slanderous" remarks. We wish both of them the best of luck.  And while they duke it out over nonsense from last year, the rest of us can look forward to another glorious weekend of music, parties, a strictly junk-food only diet, and more parties. To hold you over until then, you can check out some of our awesome photos from the last Coachella HERE, HERE, HERE, and HERE!