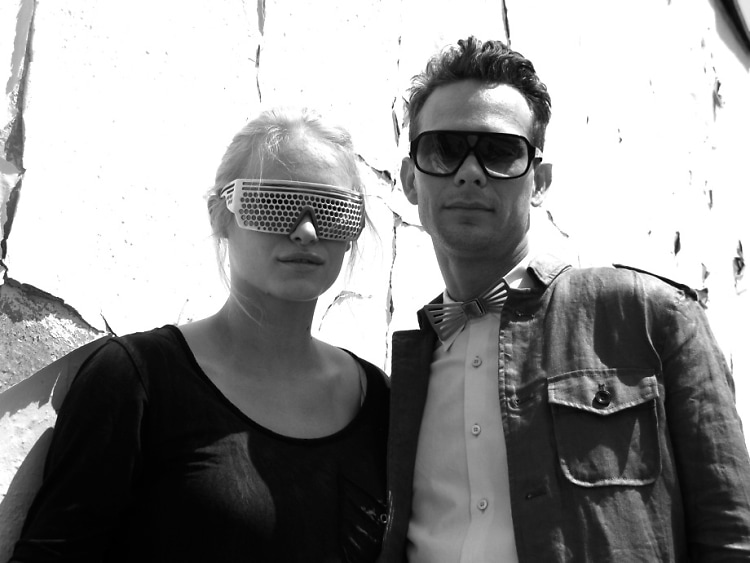 Meet emerging jewelry designer Robert Anthony.  Now an L.A. local, the Detroit native is just getting his super sleek jewelry line Robert Anthony Design off the ground with a little help from Hollywood. On a sunny Saturday in West Hollywood, I had the chance to meet Anthony, and two of his biggest supporters, business partner Geoff Clark and his lovely fiance, actress Leven Rambin.

The young couple have been staying in Albuquerque where Rambin's new series "Scoundrels" is shooting but were back in town for a long weekend.   Despite Rambin's loaded schedule (she's shooting a series, taking meetings to develop a singing career, is engaged, and attached to several other projects) the starlet will do anything she can to help Anthony launch his line and has even proclaimed herself his publicist. After getting to spend some time with her, it's clear Rambin truly cares about the success of Anthony's line and has no reservations about using her fame to help.

So how did the fresh-faced ingenue get involved with pushing a jewelry line?  Clark, who has a bit of an entrepreneurial streak, explains how he and artist/sculptor Anthony are old friends, so when Anthony came to him with his plans for a jewelry line about a year ago, Clark naturally became his business partner. With this arrangement, Anthony could focus on designing and getting is his line together while Clark dealt with the getting it exposure and retailers on board.  And he also had a secret weapon in Rambin, an up-and-coming star with great of connections. With someone like Rambin on his team, Anthony has a highly coveted access to get Hollywood in his jewelry.

Robert Anthony Design is still in it's infancy -- Anthony was literally unpacking boxes of his freshly made accessories for the first time on the day we met.  The steel pieces came straight from Detroit, where his father, an experienced worker in metal, creates them. Each one is meticulously hand-crafted and meant to last a lifetime.  "I was tired of cheaply made jewelry that was actually kind of expensive and would start to change colors if I wore it a lot. Or just break.  Your jewelry shouldn't fall apart when you wear it," Anthony explained when asked what made him want to start the line. His answer comes in the form of a collection of sleek, industrial-looking rings, earrings and a couple of bold accessories like glasses and a bow tie, all made of steel.  Each is definitely a statement, some louder than others, and all are striking and exquisitely crafted.

Although the line is very new and Anthony and Clark have barely had time to market the product and get it in stores, his pieces have already been sold by high-end boutique H. Lorenzo and seen on stars like Justin Timberlake and Leona Lewis.  With his latest collection ready for retail, we predict Anthony's jewelry becomes a hot commodity in the fashion world, and that you'll be seeing more and more celebs donning his fierce rings and outrageous glasses as they strut the red carpet. For now, you can snag yourself some of his designs from his website until the rest of the world catches on. 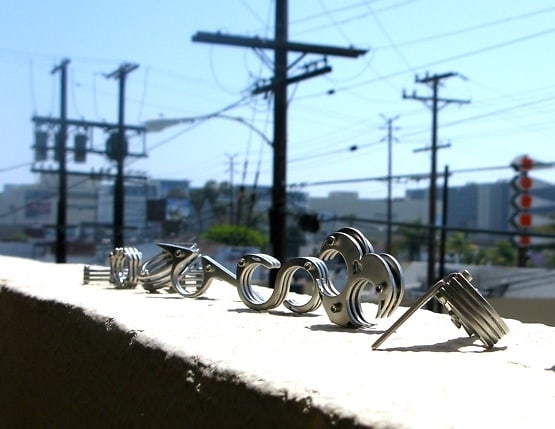 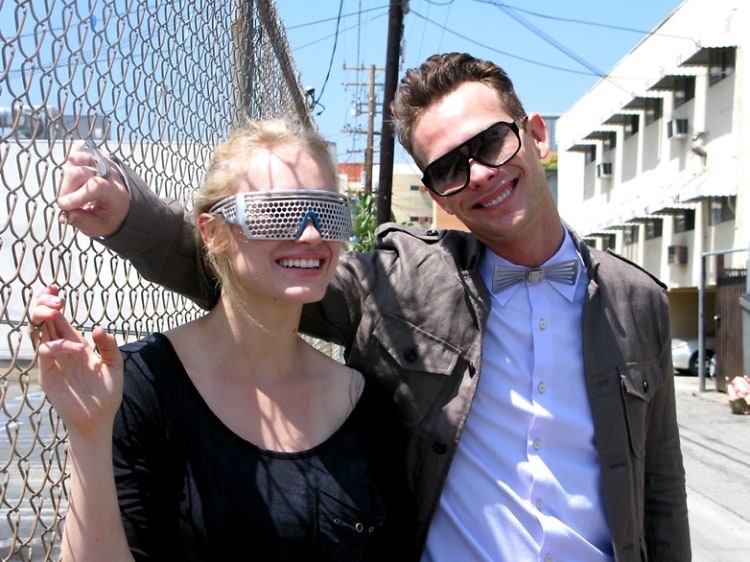 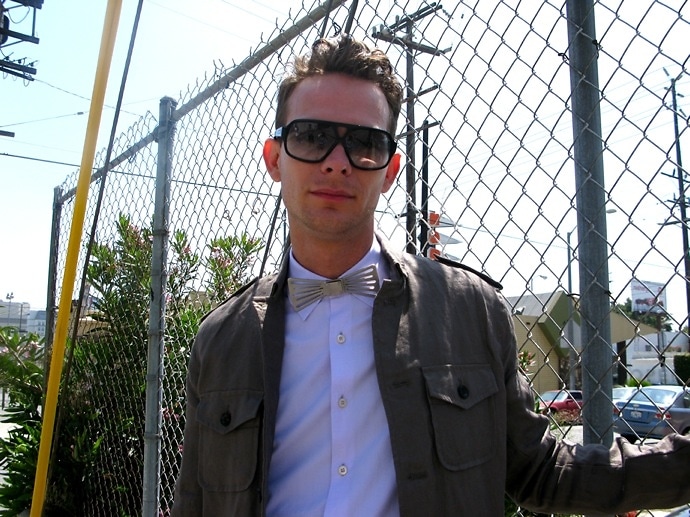 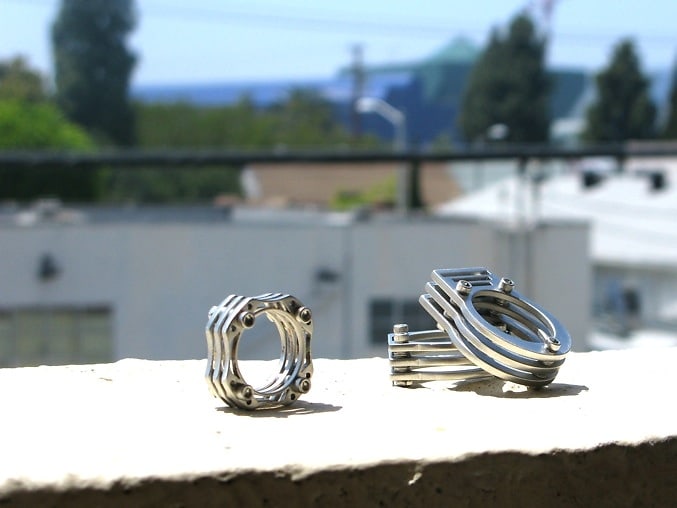 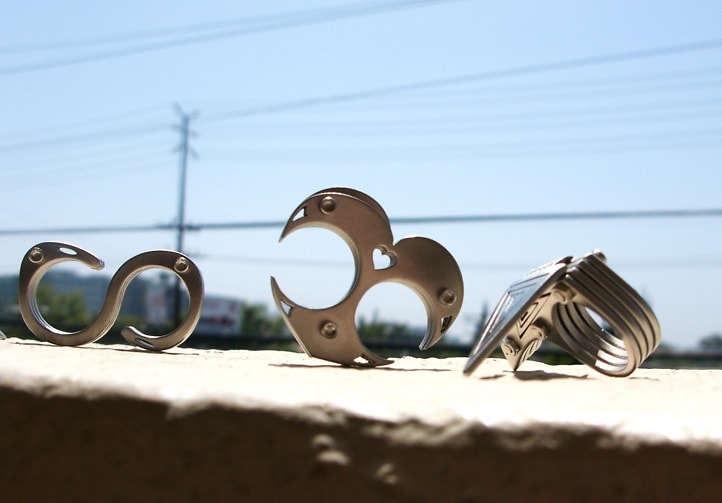 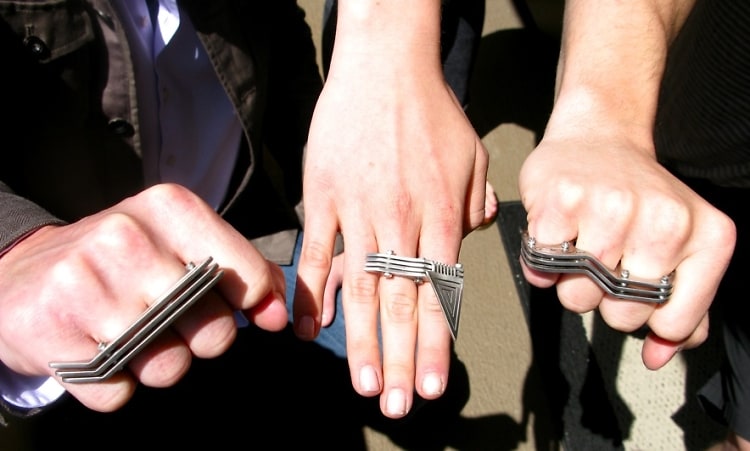 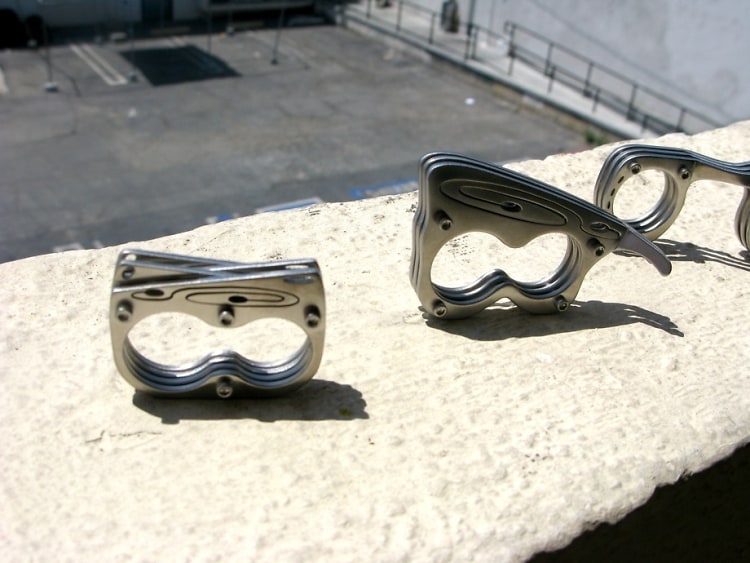 [All photos by Emily Green for Guest of a Guest]