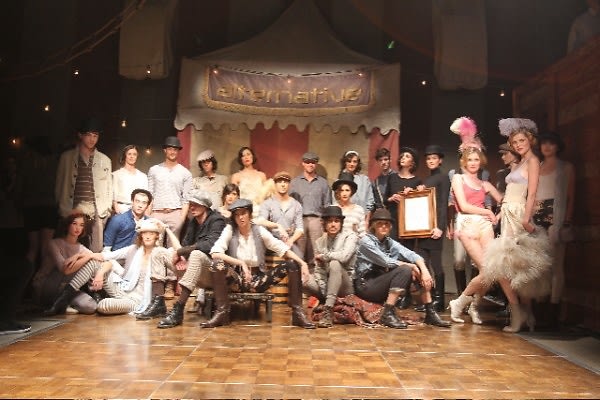 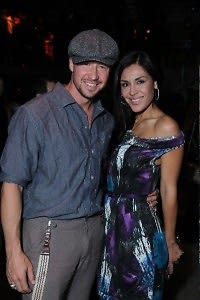 The event was produced by the ever-busy People's Revolution, who obviously haven't let television fame affect their work-ethic. Kelly Cutrone herself handled the show music, while the after-party was DJ'd by Brent Bolthouse.

The inspiration for the collection, entitled “The Show Must Go On”, was 1930s Americana, a theme straight up addressing this dismal economic climate. It’s a great way to keep fashion and the like relevant—openly acknowledge that life isn’t fabulous and keep it real. And that’s really the point when fashion isn’t (and can’t be) a priority.

Alternative founder Greg Alterman explains the collection’s pieces as “smart and practical--a much-needed response to the current economic client and global value shift in the fashion world." I guess that means wear what’s comfortable and makes you feel good. So overalls it is. Yikes. - 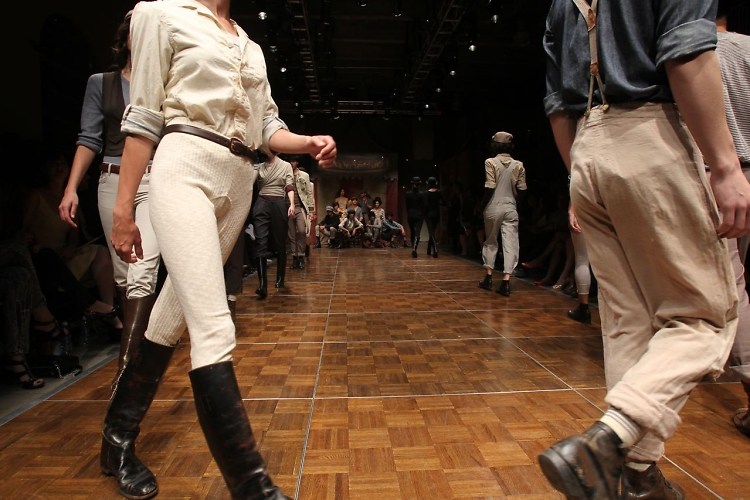 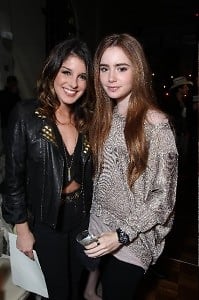 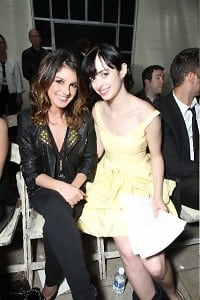 All photos care of People's Revolution via WireImage.com.