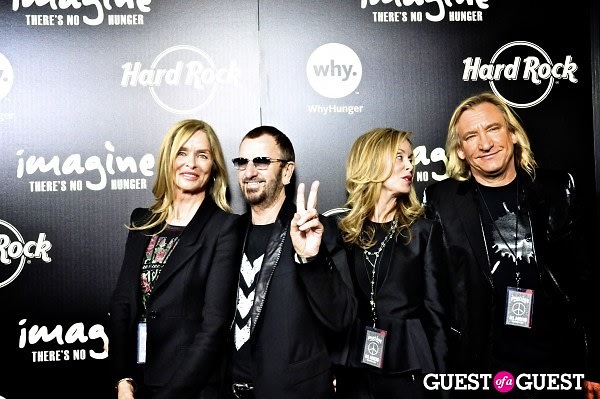 Go HERE for more photos by Stephanie Antonio and tag yourself and your friends!

The Beatles are famous for their effect on teenage girls and fans who would scream and cry a the very sight of the band.  But we've never heard of the sort of pileup Ringo Starr and Joe Walsh triggered at the 'Imagine There's No Hunger' event the other night.  As soon as the two hit the red carpet, a frenzy broke out and a domino effect of photographers falling to the ground on top of each other. Way to make a lasting impression... 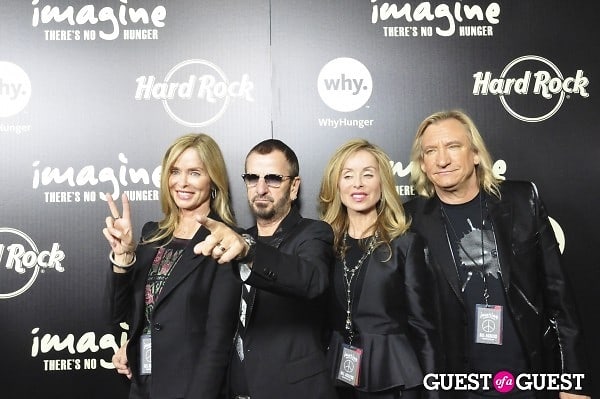 The event was held at the Hard Rock in support of WhyHunger's fight to end childhood hunger and poverty and boasted an all star lineup of performances. Dave Stewart, Booker T, and Edgar Winter gave a rendition of "Imagine" as a tribute to John Lennon, and Ringo Starr led a sing along of "Give Peace a Chance" with the rest of the musicians and special guest band, Rooney.

We have to say Ringo looks awesome for 70, and judging by the hysteria he caused upon his arrival, he's still got his Beatle powers.