Go HERE for more photos by Jason Thompson and tag yourself and your friends!

The BET awards brought out music entertainments flyest and finest for an after party at Mr. Chow in Beverly Hills.  Playing hosts for the night were IGA executives Troy Marshall and Jimmy Iovine. Ashanti, Gabourey (better known as Precious), Vivica Fox, and Wale we just a few familiar faces gracing the red carpet.

Besides our modern day hip-hop divas, actors, actresses, and rappers, we also noticed a lot of legendary "TGIF" stars making a come back.  It felt like a time warp to the early 90's sitting in front of your TV when Jaleel Ahmad White, better known as, you guessed it Steve Urkel (or maybe you prefer Stephan) struck a pose. Up next, Tia and Tamara Mowry from "Sister, Sister." 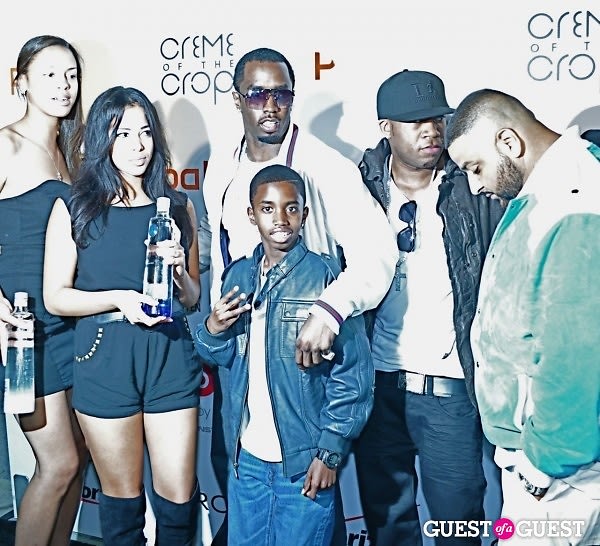 P. Diddy & family pushing his Ciroc on the red carpet

Because signage on the step and repeat just wasn't enough, P. Diddy used his time on the red carpet for some unabashed promotion of his Ciroc vodka. Like a proud father, Diddy insisted on being photographed with a bottle of liquor, with his entourage. Normal.

The party toasted the night's winners, such as best group given to Young Money, best male R&B artist Trey Songz, and best movie Precious: Based on the Novel 'Push' by Saphirre.