Prince Harry's match against Polo star Nacho Figueras wasn't the only major polo event to go on over the weekend. Polo enthusiasts who were not spotted at the Veuve Clicquot Classic in New York could be found at the Capitol Polo Club of the Washington, DC area enjoying the luxury perks of the Green Cup Polo event. But does a fashion show-polo match combo at Capitol Polo Club stack up to the Governors Island exhibition match featuring our beloved Harry Windsor??

The Green Cup of Polo is a charity event whose goal is to raise awareness of and inspire action against today's environment unfriendly trends. The cup, which claims to be "the first major social event in DC," brings together people who are committed to the conservation and protection of the environment through a fashion show and yet another exhibition polo match. This year's profits went to the American Council On Renewable Energy, Equestrian Partners Conservation, and EarthEcho International.

Because it is entirely impossible to find oneself at two luxury-lifestyle events at once, we have provided you with the two key differences (other than the Green Cup's fashion show) between the Veuve Classic and the Green Cup in case you missed one or the other: 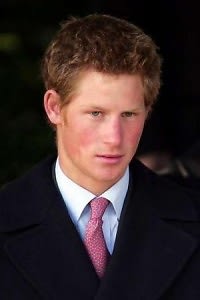 The elephant at the Veuve Classic, Prince Harry, is the biggest difference between these two fundraisers. Young women from country clubs across America flocked to Governors Island to bag themselves a prince, which explains the huge crowd that turned up for the exhibition match. But the Green Cup did not disappoint: men who were ditched by their ex girlfriends for Prince Harry could have easily found themselves swooning over Miss Maryland and Miss District of Columbia instead. 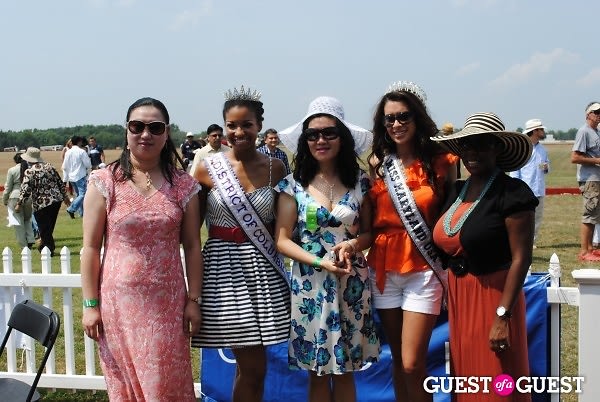 It was probably cheaper to find yourself a table at the Green Cup than at the Veuve Clicquot event because in order to mingle in, near, or around Sunday's VIP Tents on Governor's Island, you'd have to shell out $50,000 for a lunch table. You also had to make sure to have nannies at your beck and call because, according to Yahoo News:

"Anyone bringing a child had to make sure each had "their own caregiver." No youngster was allowed in the VIP tent and was instead relegated to an adjacent area filled with games and snacks." 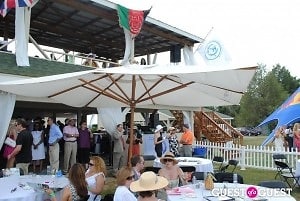 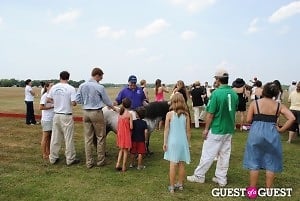 The not so VIP lunch tables at Capitol Club Kids

Where were you on Polo Sunday??