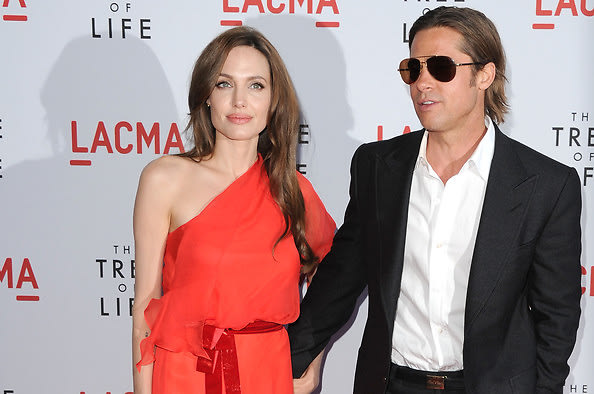 Angelina Jolie was at the L.A. Tree of Life premiere at LACMA last night, looking like the world's most beautiful woman. Indeed both halves of our reigning Hollywood power couple brought their A-game to the L.A. roll-out. Brad Pitt even shaved that horrible pube-y beard he's been flipping off the world with lately!

Despite having already world-premiered the film last week at Cannes, the two were most likely basking in the film's having won the prestigious Palme d'Or award marking the festival's overall best film.

Of course, director and infamous hermit Terrence Malick was either not in attendance, or else he snuck in disguised as a janitor or something. Co-star Sean Penn was also busy making the most of the few months he likely has left with Scarlett Johansson, but a solid crew turned out to bask in Angelina's glow, including Guy Ritchie, Jessica Chastain, Jacqui Ainsley, Eric Matheny, Q'Orianka Kilcher, Jess Weixler, Chris O'Dowd, Garrett Hedlund, Carla Ortiz, James Haven, Samantha Harris, Madeline Stowe, Kimberly Whalen, Octavia Spencer, Jacqueline West, a super-creepy Barry Pepper (who seems to be transforming into Gary Busey right in front of our eyes) and Fox Films CEO Tom Rothman: 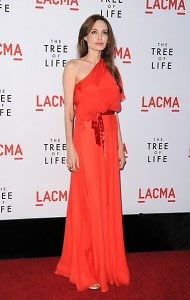 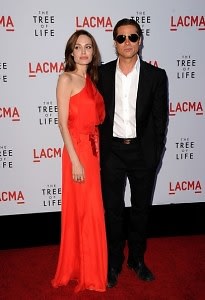 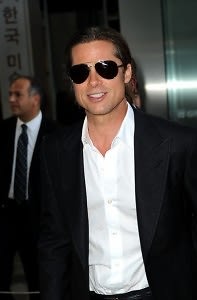 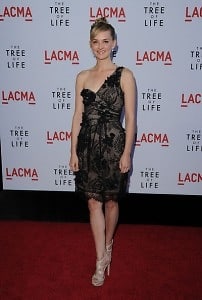 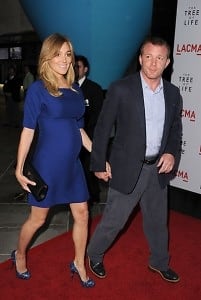 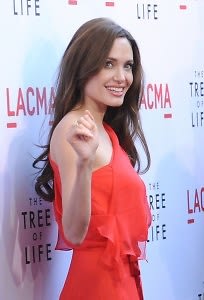 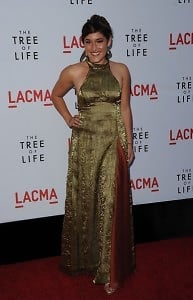 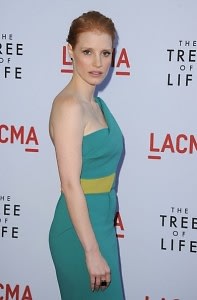 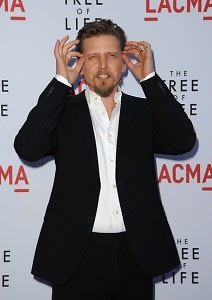 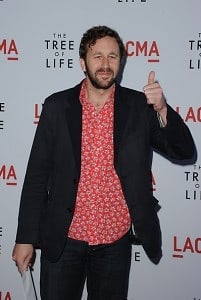 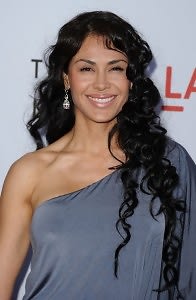 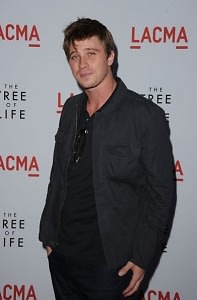 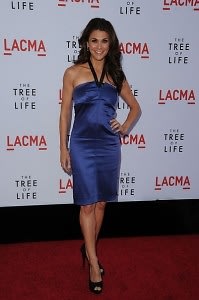 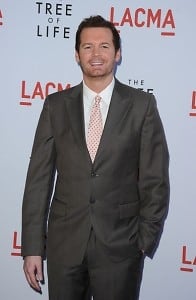 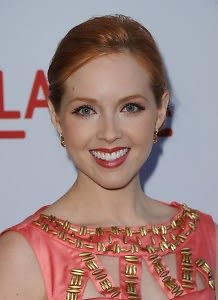 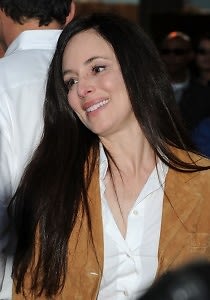 ...and Angelina even played with someone's baby (or perhaps scoped it out for future adoption): 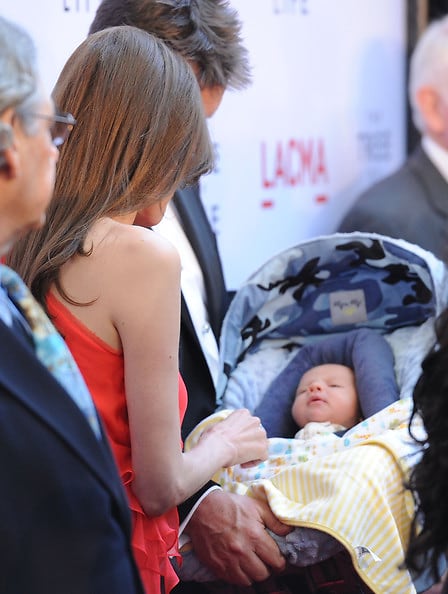