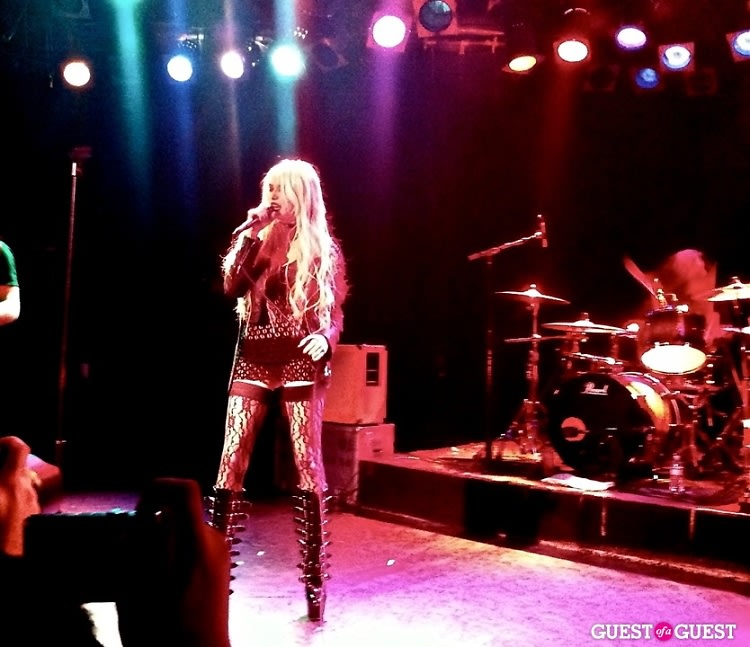 Two things immediately come to mind from last nights mash up of Taylor Momsen and her band, The Pretty Reckless, with the launch of the Tokidoki x Onitsuka Tiger sneaker collaboration at The Roxy: 1) That wretched song from Kings of Leon that goes, "She's Only 17, and 2) Whoever thought reincarnating Courtney Love in the body of a CW pop star is genius.

A bustling amalgam of soon-to-be reality TV show stars and "Gossip Girl" groupies, took the place of entertainment industry music execs. Now, this is simply an observation but we noticed a vacant table in the VIP section marked "Interscope" (Taylor's record label).

Seeing grown-ass women walking around in 5-inch heels trying take a mouthful of cotton candy without getting it in her hair was certainly a sight to behold, and for that we thank Kerry Simon of Simon L.A. restaurant, for providing us with the entertainment--not to mention some awesome cupcakes.

Considering that they played late 80's Madonna dance tracks for what seemed to be the first hour of the event, I was nowhere near prepared for what I was about to experience from the opening band/group/cheerleading squad, Dance Recital--starring the dazzling smile of the "So You Think You Can Dance" dame and the newest member of The Pussycat Dolls, Kherington Payne (in all her bejeweled onesie glory). While there is certainly much to be said about this trio, I'll simply state: to take them seriously enough to criticize them would be doing both you and I a great disservice. Suffice it to say, they'll be lumped together under the "Inanely Entertaining" umbrella along with Kanye's aggressive ego blasts on Twitter, or that of Lady Gaga's meat dress (and that's being generous)... but then again, what the hell, a few couldn't hurt...

Imagine what it would be like if they played the Barbie Girl song in fast-forward.

I haven't seen this many hair flips since my last Justin Bieber concert. 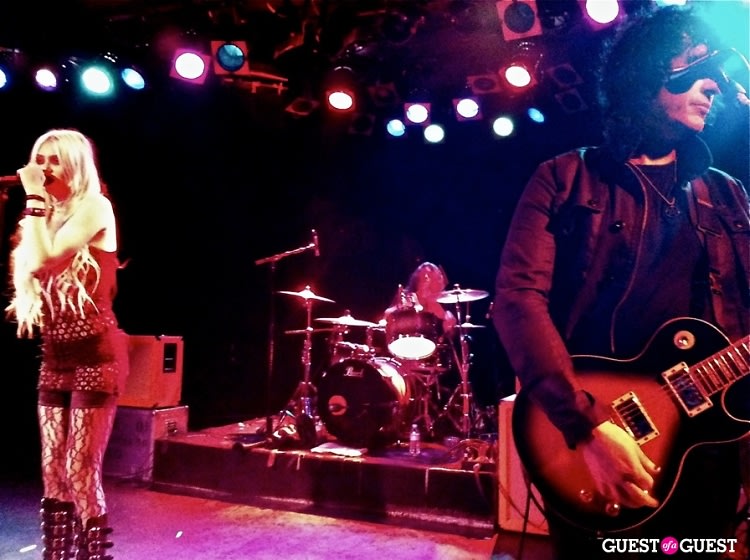 It would be obvious of me to mention that she had managed the transformation from a pure-hearted princess to a full-blown Tim Burton character (though she definitely resembles a more disheveled, slightly risqué Alice). Wearing nothing but a drab black netted "dress" over black lingerie, it's a good thing her excessive blonde hair extensions acted as somewhat of a third layer, and if she wasn't so damn good at singing, I'd suggest she give it all up to become the next subject for a series of absurd Mark Ryden paintings.

I know what you're thinking, and yes, I heard murmurs of Courtney Love comparisons throughout the night, as well. The truth is, while they both walk the line between sexy and frightening, Taylor manages to end up on the more favorable, lucid side (as opposed to the decrepitly drug addicted, one). Not only that, but her music is pretty much bad-ass (and I don't use that phrase often). The band's combination of leather, ubiquitous chin hair and power chords was enough to make this cynical chump a fan. Moreover, after insisting the audience put away their cell phones and video cams, I couldn't help but to clap along.