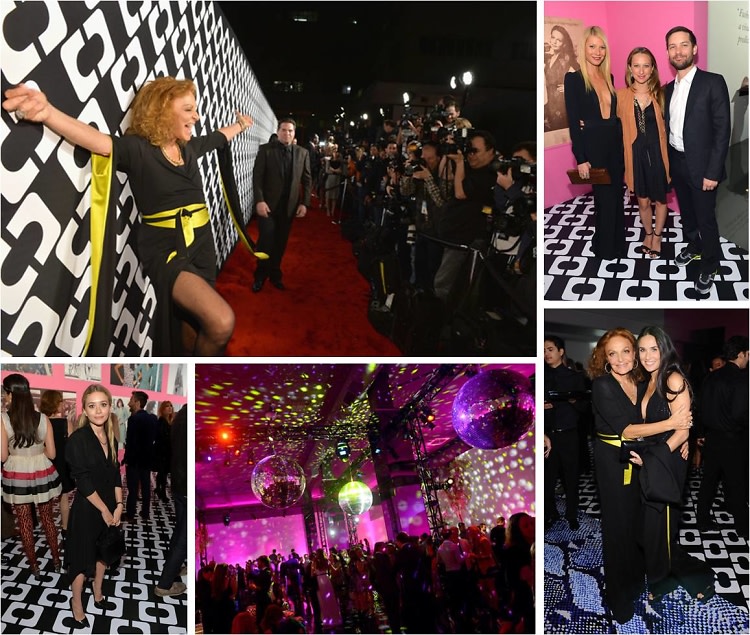 Given the fickle and always changing nature of fashion, creating a garment that is just as stylish today as it was decades ago is an exceptionally rare feat worth celebrating. That's why LACMA is the newest host to "Diane Von Furstenberg: Journey of a Dress," the retrospective exhibition of the designer's iconic wrap dress in honor of its 40th anniversary. To celebrate its debut in L.A., DvF herself and an A-list crowd including Gwyneth Paltrow, Demi Moore, Edward Norton, Ashley Olsen, Anna Wintour, and Rooney Mara stepped out for a glamorous opening night party.