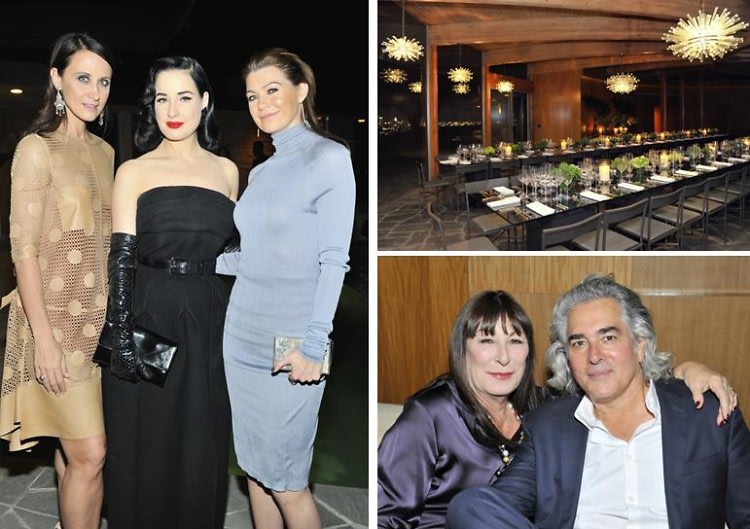 On Wednesday, November 5th, Vogue’s Lisa Love along with Kelly Lynch and Mitch Glazer, welcomed Tod's creative director Alessandra Facchinetti to Los Angeles with a star-studded dinner at the stunning residence of Lynch and Glazer in Los Feliz. The ever-glamorous Anjelica Huston, Dita Von Teese, Rachel Zoe, and Ellen Pompeo were all in attendance as well as Fashion Police's George Kotsiopoulos, no doubt giving every partygoer a nod of approval. Facchinetti, the guest of honor, had no problem splitting her time between guests, taking a moment to mingle with everyone who arrived to support her. In keeping with the fashionable theme, the night's decor was inspired by Tod’s SS15 Runway show “Private Green,” bringing glamour to the garden. Click through for an inside look at the exclusive LA event!