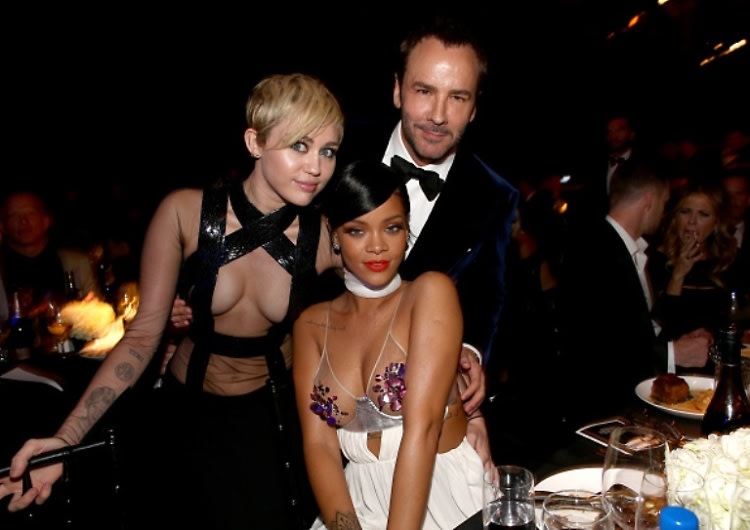 The stars shone bright in Hollywood last night, where the 2014 amfAR Inspiration Gala was held in honor of the iconic designer, Tom Ford. While Rihanna and Miley Cyrus battled it out to see whose skin could win on the red carpet, both pop princesses worked their risqué ensembles flawlessly. Justin Timberlake had plenty of fun hanging alongside RiRi, just hours after rumors started about a baby on the way with wife Jessica Biel. Though we didn't spot her at the event, another couple sure caught our attention. Looking elegant in a fitted black suit, Gwyneth Paltrow took a place on stage to introduce a special performance by none other than her ex, Chris Martin. But awkward it was not, as she called him the "Father of the Year" and seemed to be in good spirits. Want an inside look at the major event? Click through for more photos!