Go HERE for more photos by Angelica Martin and tag yourself and your friends!

With greetings of champagne flutes and a brilliant Spanish matador-style jacket upon arrival at the Alexander McQueen West Hollywood boutique, it was clear the spring preview party would not disappoint. 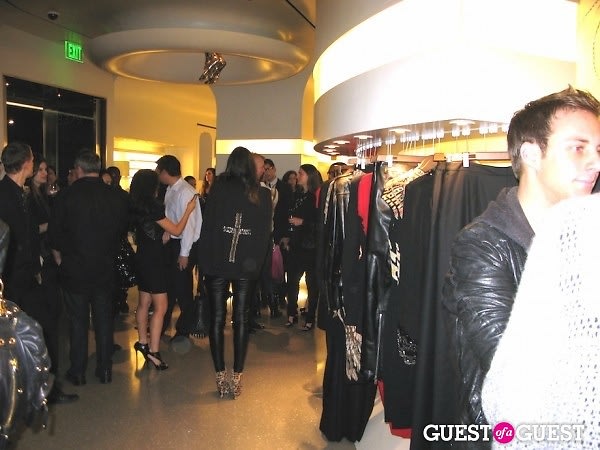 As we expected, the crowd was comprised largely of L.A.'s New York scene. More than a few men with ponytails, and nearly every single guest wore black, white, or some combination of the two. The fashion world held its breath the first time Sarah Burton showed her collection as the new creative director helming the brand of the late designer in October. And with this spring collection, Burton once again captured McQueen's essence flawlessly. 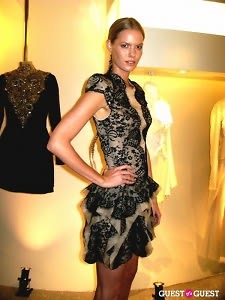 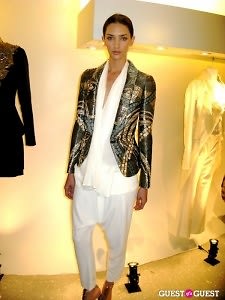 The fashionable guests nearly skipped through the store in admiration of the fanciful looks. The collection included Spanish-inspired garments with some surprise Asian-influence woven in the light, romantic designs. Top that with the slicked back, waist-length fishtail braids seen on each model that evening, we were sold. 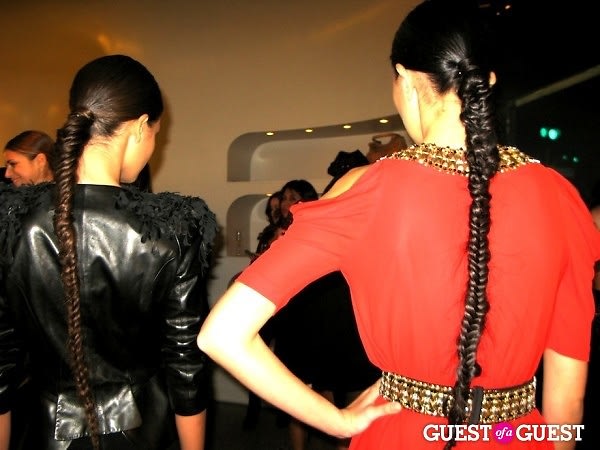 As we sipped champagne and tried to tune out whatever techno-remix disaster blared overhead, there was a sense of relief in the room as we all were thinking the same thing: absolutely stunning, a job well done.