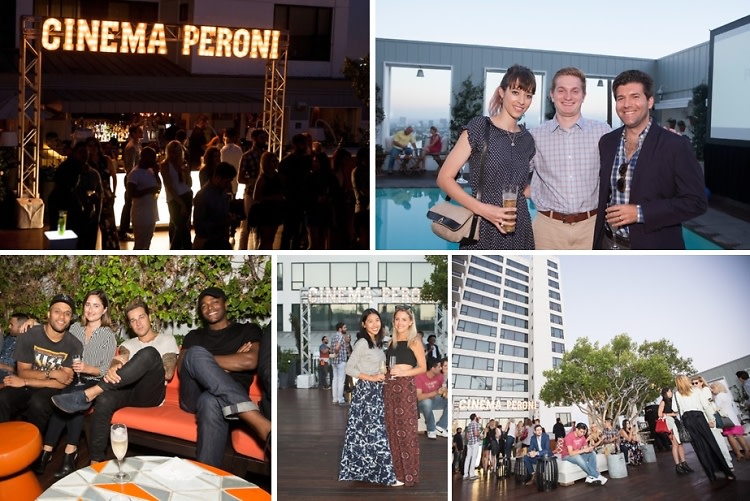 Gia Coppola and Peroni's Grazie Cinema Series' second installment took place on July 28th at the Mondrian LA Hotel's Skybar. The night began with a screening of a special short film created and directed by Tracy Antonopoulos, "The Magic Word," followed by the second selection from Coppola in the series, "Bicycle Thieves." For the summer of 2015, Gia Coppola has partnered with Peroni Nastro Azzurro to curate a series of classic Italian pictures to honor the style, craft and vision of Italian film and artistry. Click through for an inside look!