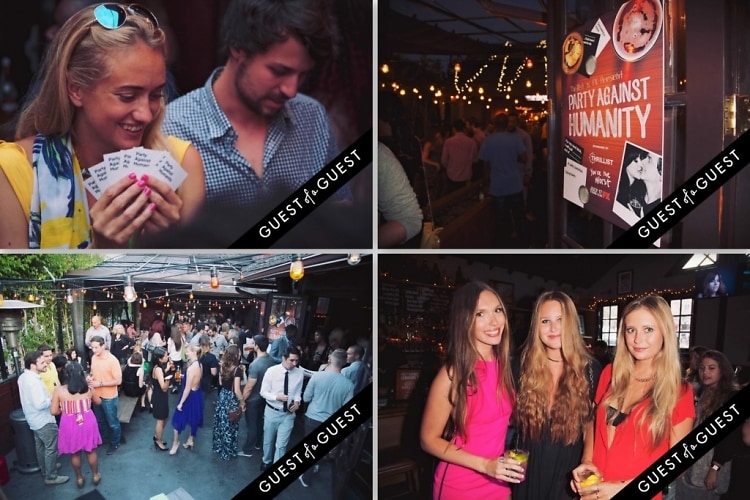 L.A. was on its worst behavior last night, July 9th, when Thrillist and FX teamed up to throw a Party Against Humanity in honor of the new FX series You're the Worst, at The Den on Sunset in West Hollywood. Just about everyone in the building was seen with a Redd's Apple Ale in hand while DJ Michael Rockstar kept the party going strong. Flatbread pizzas and various other hors d'oeuvres were served to guests as they caught up with one another over custom games of Cards Against Humanity, curated by the Thrillist Editors. A few partygoers even bonded over an intense game of Jenga (and we all know how stressful Jenga could be). The feature that seemed to draw in most of the guests was the set of giant, interactive black cards on the wall, on which people were encouraged to write their own twisted responses to. One of our favorites? The prompt of "Everything was going well, and then ____________," which was met with responses such as "I called her by her mother's name." And that was probably the tamest of the bunch. Still think #YOURETHEWORST? Click through these party photos and think again!

[Go HERE for more photos of the event by Eric A. Reid and tag yourself and your friends!]