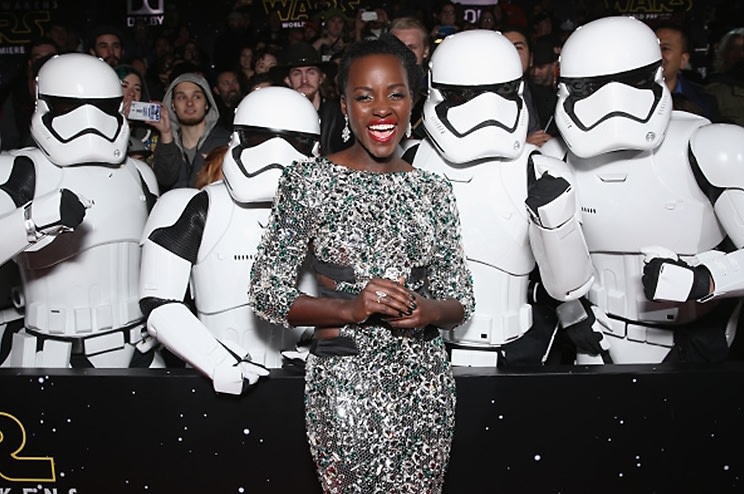 OMG. OMFG. Last night, the most important pop culture event in about a decade occurred in Los Angeles at the world premiere of Star Wars: The Force Awakens. New faces of the franchise including Lupita Nyong'o, Daisy Ridley, and John Boyega were in full space-mode on the carpet alongside some of our favorite icons like Harrison Ford (duh) and Carrie Fisher (double-duh). There were also a ton of Stormtroopers and Joseph Gordon-Levitt dressed like Yoda in a bathrobe. No, really.