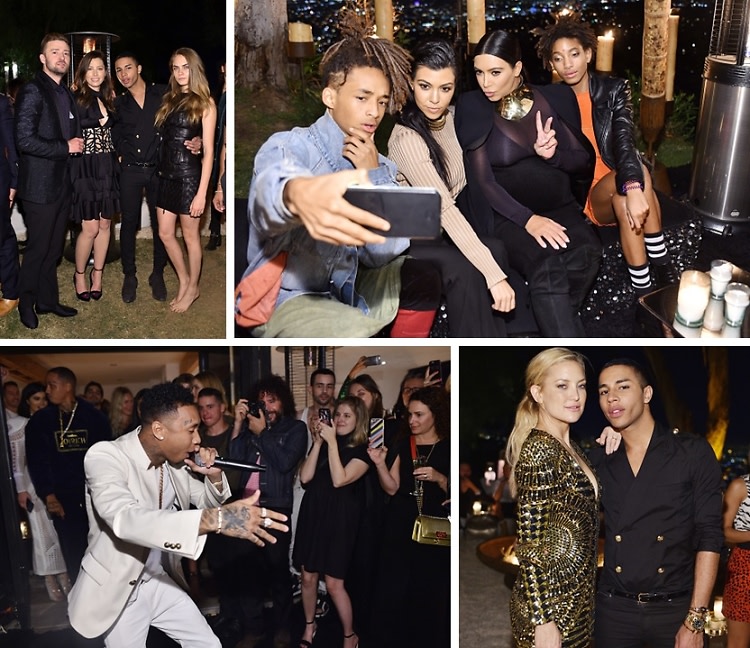 Leave it to Olivier Rousteing to throw a birthday party that gets more celebrity RSVPs than the Oscars and the Grammys combined. After the roaring success of the #HMBALMAINATION launch in NYC, Rousteing took to the West Coast for a belated 30th birthday celebration with all his closest (and most A-list) friends. Kate Hudson, Jennifer Lopez, and Justin Timberlake were joined by the Kardashians (including one very pregnant Kim) and a slew of leggy supermodels, who all took in a special performance by Tyga as well as the spectacular views from the residence. Click through for an inside look!