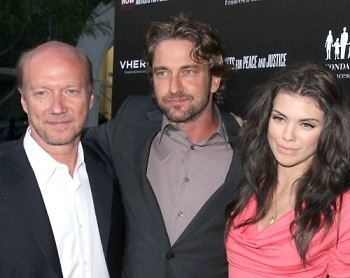 [Photo via] Los Angeles Magazine turns 50 and hosts a fancy party with Cadillacs and an enormous cake; Ryan Reynolds and Blake Lively hit the red carpet for the premiere of their summer blockbuster Green Lantern and then celebrate after; Edward Sharpe & the Magnetic Zeros perform for VH1's Save The Music Foundation at the Billabong event on the Paramount backlot; BOA Gallery debuts its latest exhibition, Prophets & Assassins; Gerard Butler, Paul Haggis and more step out to support education in Haiti while blonde-turned-brunette AnnaLynne McCord flaunts her new hair—L.A. was bursting with events all over town, so get caught up on all that went down at last night's parties. 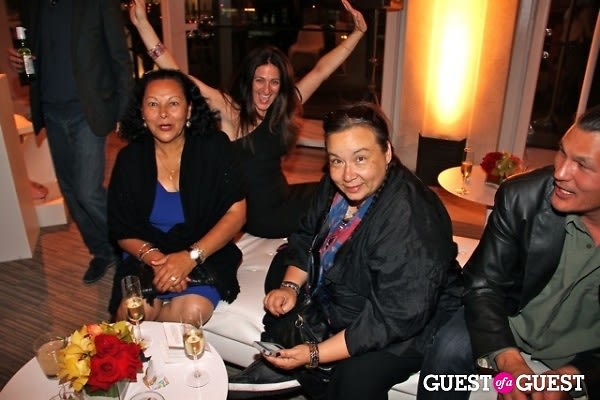 Where: Variety Building Who Was There: Jenna Elfman, Bodhi Elfman, Rodney Bingenheimer, George Takei, Jan Perry, Charles Phoenix, Laura Diaz, Ken Bernstein, James Rainey, Jeff Lewis. Other Details: To celebrate 50 years of covering our dear hometown, Los Angeles Magazine took over the lobby of the Variety building for a grand shindig. From photobooths to a Cadillac giveaway and one of the most impressively elaborate cakes we've ever seen, guests had plenty to keep themselves busy with in between sampling cocktails and an array of hors d'eouvres. 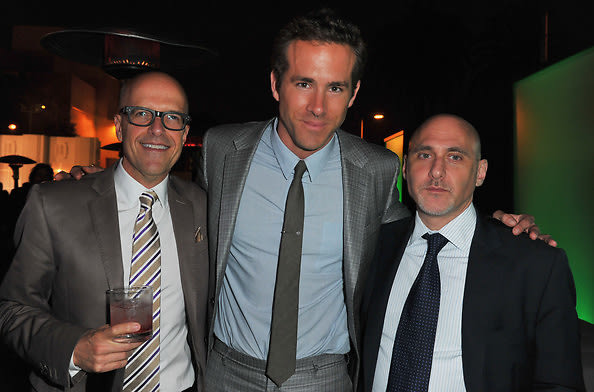 Where: Across the Street from Grauman's Chinese Theatre Who Was There: Angela Bassett, Blair Rich, Donald De Line, Jeff Robinov, Michael Clarke Duncan, Omarosa Manigault-Stallworth, Ryan Reynolds, Sue Kroll, Tim Robbins. Other Details: Guests at the Hollywood premiere of predicted summer blockbuster Green Lantern filed out of Grauman's Chinese Theatre after the star-studded screening and shuffled across Hollywood Blvd to the tent pitched for the after party. VIPs mingled over cocktails inside the tent which was decorated with futuristic green lights and show-stopping Green Lantern-themed installations. Hopefully not too many guests tripped and hurt themselves as basic human functions, like say, walking, when Ryan Reynolds is in the room can become hugely difficult, complicated tasks. [Photo via] 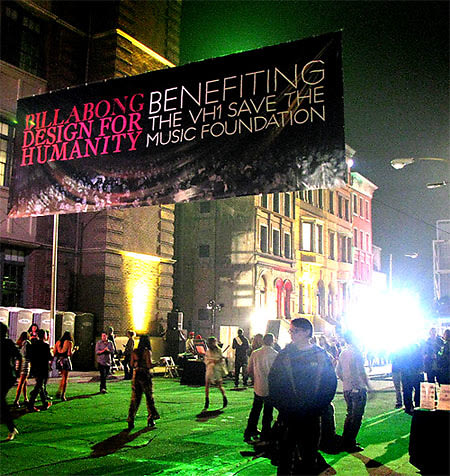 Where: Paramount Studios Who Was There: Brittany Curran, Caitlin Crosby, Holly Madison, Jacqueline MacInnes Wood, Sean Stewart, Chantal Stewart, Trace Cyrus, Sarah Carroll, Jayson Blair, Laura Slade Wiggins, Spencer Falls, Ty Pennington, Patrick Warburton. Other Details: For the 5th annual "Design For Humanity" event, guests were invited out to the "NY Street" backlot at Paramount Studios for a large-scale fashion-music-art block party-style night. But the event had a larger purpose than simply showing guests a good time, with proceeds benefiting Vh1's Save the Music Foundation. The night featured DJ sets by Tina T, Mike Relm, and Mark Moreno, a Billabong bikini fashion show, food trucks, and art installations. But the highlight of the night had to be the live performance by Edward Sharpe & the Magnetic Zeros who must have taken a disco nap before since they had that 6am sunrise show with the Flaming Lips in the graveyard earlier that day. [Photo via]

Where: BOA Gallery Who Was There: Bob Oré, Sharon Stone, Sidney Poitier, Christopher Butler, Jae Joseph, Leanna Lewis, Brian Holifield, Anthony Bradshaw, Katya Dobchima, Natalia Bold, Chioke Dmachi, Anita Thompson and Jonathan Isaiah. Other Details: In honor of the release of his book Prophets & Assassins which depicts the art series of the same name by Christopher Butler, author Bob Oré hosted a celebration at his art gallery. Guests filled BOA gallery where they enjoyed champagne, appetizers and the original works on display by Butler which comprise the imagery of Prophets & Assassins. Go HERE for the full event post! 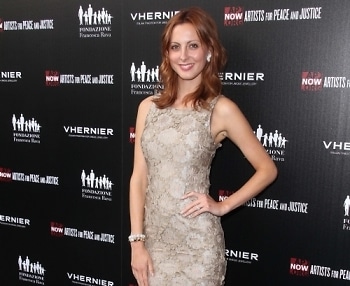 Where: Vhernier, Beverly Hills Who Was There: Eva Amurri, Gerard Butler, AnnaLynne McCord, Kristanna Loken, Paul Haggis, Elizabeth Banks, Frances Fisher, Kate Maberly, Stana Katic. Other Details: To support the effort to educate the children of Haiti, some of Hollywood came to Beverly Hills for the Artists for Peace and Justice's "A Ring To Educate Haiti" launch event. Gerard Butler and Paul Haggis horsed around for the cameras while former blonde AnnaLynne McCord showed off her new brunette do. What do you think of her brown locks? [Photo via]