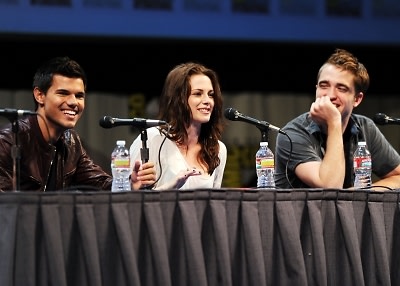 Since I know the question of where in the world Dane Cook was last night has been ruining your Friday, I've got you covered: first he had dinner at Soho House and then we saw him fist pumping at The Beverly. Isn't it sad that I know that? But back to what matters, last night's events were few and far between here, however, Jamie Chung and George Kotsiopoulos held it down for the What Goes Around Comes Around L.A. opening. Meanwhile, the cast of Twilight, was doing their best to seem charming and have personality for Comic-Con fans as Robert Pattinson showed off his new wack haircut. And is that Kristen Stewart's version of a smile...? Get all the details in today's edition of Last Night's Parties. [Taylor Lautner, Kristen Stewart, Robert Pattinson photo via] 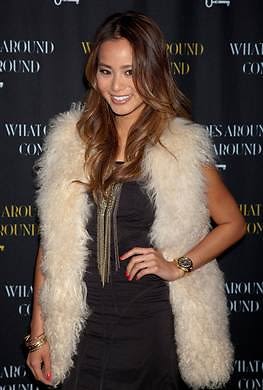 What Goes Around Comes Around LA Grand Opening Party 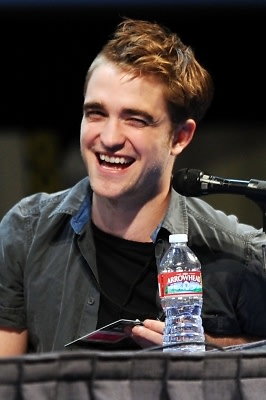 Other Details: The young ensemble cast of the Twilight series graced the crowd for a panel discussion about really important, relevant things like vampires and werewolves and dragons and Dakota Fanning. Oh stop, I'm only half-kidding. I have no idea what they talked about and I'd prefer to keep it that way. Something I would have liked to address is what's happening on top of Robert Pattinson's head. I'm so confused, did his stylist stop half-way through or is this just a full-blown lopsided 'do? No me gusta. [Robert Pattinson photo via]