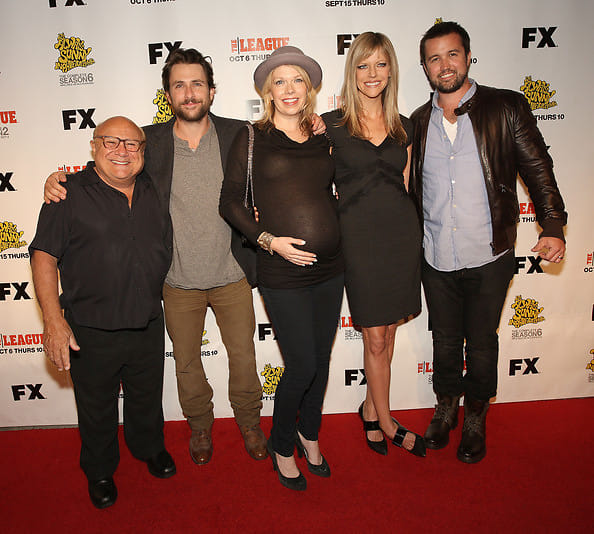 Rob McElhenney shows off his new svelte figure, while proud soon-to-be parents Charlie Day and Mary Elizabeth Ellis show off her baby bump at the premiere party for "It's Always Sunny in Philadelphia" and "The League" in Hollywood; Zooey Deschanel, Lea Michele, Jaime Pressly, Cory Monteith, and many more of the stars of FOX turn out for the network's Eco-Casino Party—New York Fashion Week may be going OFF right now but L.A. still had plenty celebs in town this week for some star-studded throwdowns, so get all the details in this edition of Last Night's Parties. [Danny DeVito, Charlie Day, Mary Elizabeth Ellis, Kaitlin Olson, Rob McElhenney photo via] 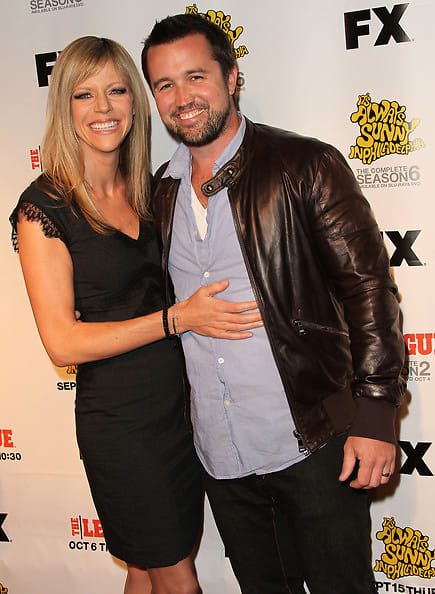 FX's "It's Always Sunny In Philadelphia" And "The League" Premiere Party

Where: ArcLight Hollywood Who Was There: Danny DeVito, Charlie Day, Mary Elizabeth Ellis, Rhea Perlman, Holland Roden, Kaitlin Olson, Lucy DeVito, Fernanda Romero, Nadine Velazquez, Susie Castillo, Jackie Marcus Schaffer, Jason Mantzoukas, Rob McElhenney, Katie Aselton, Nick Kroll, Stephen Rannazzisi, Jon Lajolie, Paul Scheer, Jeff Schaffer. Other Details: The first episode of Season 7 of "It's Always Sunny in Philadelphia" one of my personal favorite shows on TV airs tomorrow so FX threw a little premiere shindig for their hit series about the Philly gang and "The League" last night at the ArcLight in Hollywood. Danny DeVito was his usual adorable dumpling self but some of the other cast members appear to have undergone some transformations, namely Mary Elizabeth Ellis (a.k.a. The Waitress), who is very much pregnant with husband Charlie Day's baby. Another was that of Rob McElhenney who famously gained a whopping 50lbs for comedic effect in his role as Mac in the upcoming season, but seems to have lost much of the excess lard, leaving fatties asking how the hell he did it. Atkins? Cookie Diet? [Kaitlin Olson, Rob McElhenney photo via] 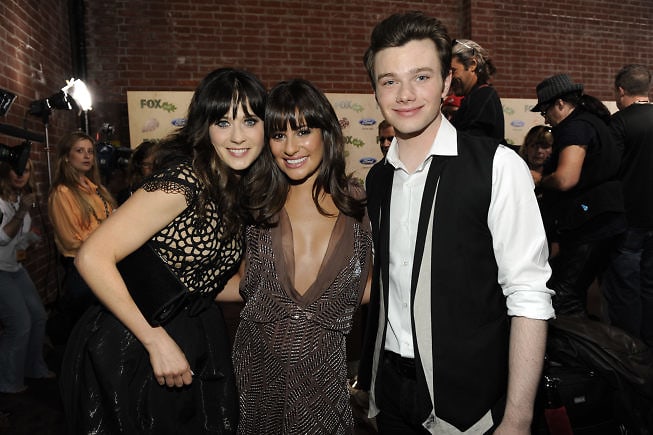