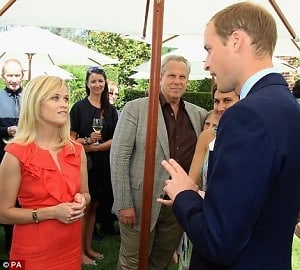 The Royal Couple rubs elbows with Hollywood's elite for the discount price of just $100,000 a plate; Zooey Deschanel is upstaged by a beloved cartoon honey bear, and Mario Lopez admits that it takes more than six-pack abs to be a real American Hero; for the full take on a weekend where both America and England came together to waste some serious coin, don't miss today's edition of Last Night's Parties... 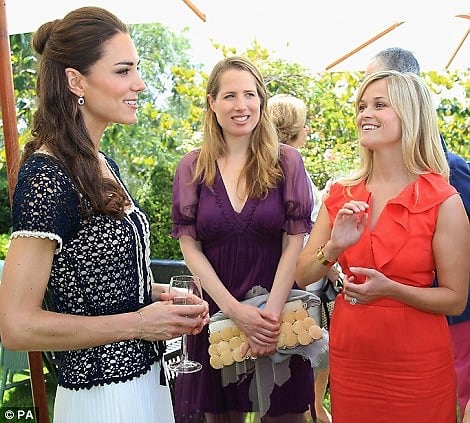 CA Reception to Mark Launch of Tusk's US Patron's Circle

Other Details: The most exclusive ticket in town this weekend was a private brunch event at the home of mega-exec Steve Tisch to induct the US Patron's Circle of TUSK Trust, an African Wildlife charity. The star attractions, of course, were TUSK patrons Prince William and Kate Middleton, in the midst of their whirlwind tour of the Southland. Over brunch food and champagne, Tisch and the Royals celebrated the high rolling celebs, who rumor has it, paid up to $100k a head for the exclusive invite. I love Catherine Keener as much as the next guy who ever had a crush on his art teacher in elementary school, but unless she just got cast in High School Musical 4, isn't that kind of a lot of scratch for her? [Editor's Note: I LOVE Catherine Keener. How. Dare. You.] Hope the canapes were delicious. [Reese Withspoon, Prince William photo, Kate Middleton, Reese Witherspoon photos via] 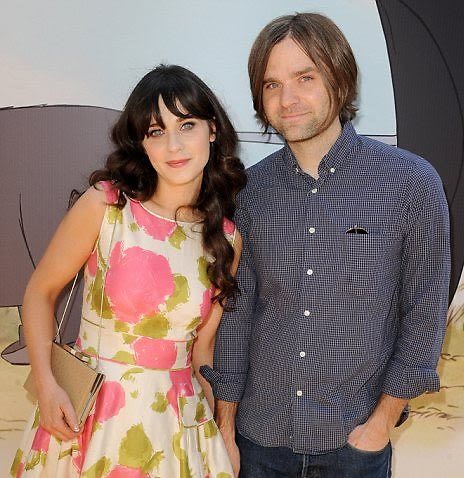 Other Details: A surprising amount of Hollywood turns out to be big fans of the classic A.A. Milne character, as stars of all ages flocked to Disney Studios in Burbank for the premiere of The Mouse's all new, hand-animated Winnie The Pooh adventure. Zooey Deschanel (or, as she's better known, Hipster Megan Fox) and her husband, professional weeping rock star Ben Gibbard, the Latin kid from Modern Family, and even Lou "The Diamond" Diamond Phillips (with family) mingled under the sun with a complete, in-costume ensemble of Pooh, Tigger, Eeyore and Piglet. [Zooey Deschanel, Ben Gibbard photo via] 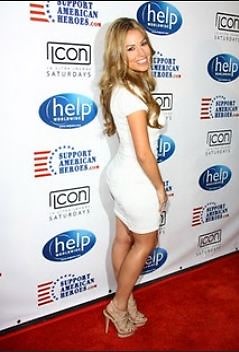 Other Details: Though some would argue that AC Slater is the greatest American hero of them all, the man himself chose to spend the weekend honoring our men and women in uniform, hosting this swanky ultralounge event to benefit Support American Heroes and their partnership with the Help Worldwide universal loyalty program, whereby loyalty points that customers accumulate shopping at everyday stores can benefit American veterans and active duty service members. As such, Lopez, Jessica Hall, and many other actors, musicians and personalities brushed elbows with uniformed Marines, who, I'm hoping, didn't have to pay for a drink all night. No word on whether Mario taught them any of his sweet Bayside High wrestling moves, though. [Jessica Hall photo via]