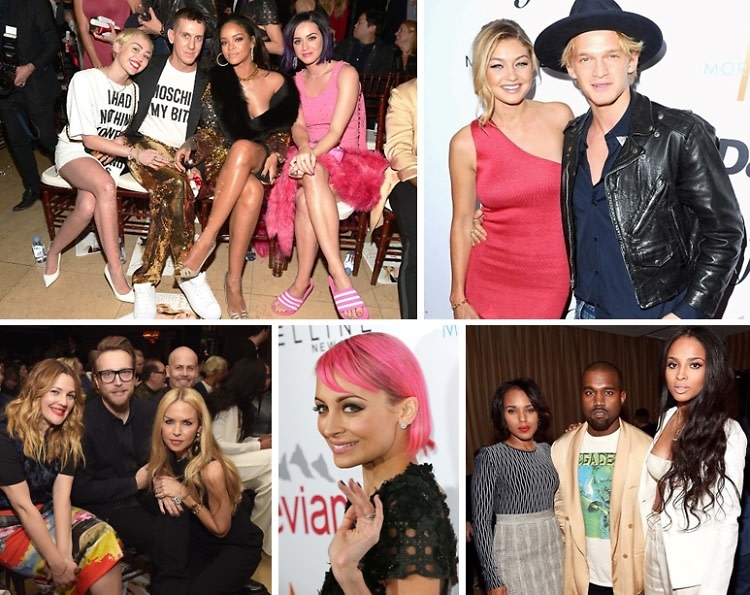 There isn't anything cooler than a front row stacked with celebs. And at the Daily Front Row's First Annual LA Fashion Awards last night, that was definitely the case. Miley Cyrus, Jeremy Scott, Rihanna, Katy Perry, and Kanye West all sat side-by-side in the front of a star studded audience, including Gigi Hadid and Cody Simpson, Nicole Richie, Drew Barrymore, Kerry Washington, and more. Gigi Hadid and Jeremy Scott were among those who took home awards, winning Model of the Year and Womenswear Designer of the Year, respectively. For an inside look at last night's event, check out our slideshow!