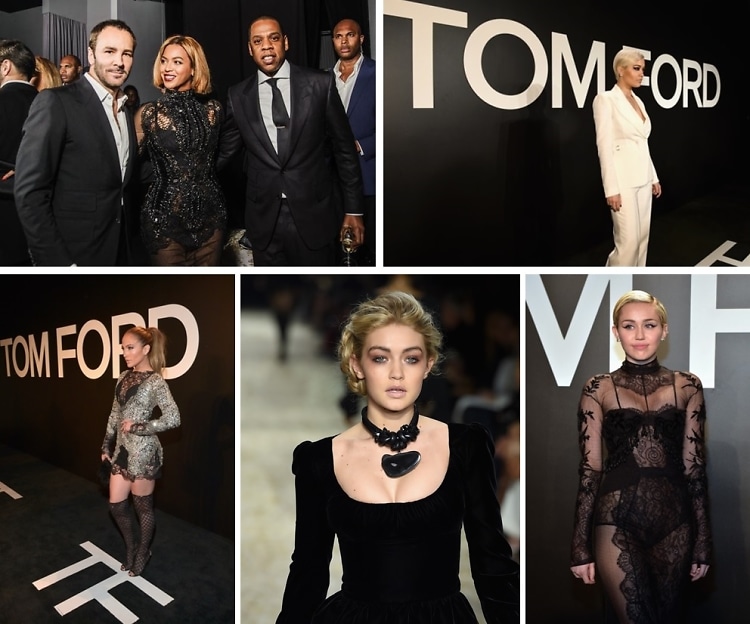 On Friday, February 20th, dozens of A-listers and fashion folk found themselves facing a dilemma that they will probably be facing again come May, when they have to decide between Chanel and the Met Gala. This time however, the choice wasn't hard. Red carpet mainstay Tom Ford showed his Autumn/Winter 2015 Womenswear collection at Milk Studios in Los Angeles. Sure, LA isn't really known for its fashion shows, but it is Tom. Ford. What the problem was, however, was that he was showing on the same day London Fashion Week began, forcing fashion insiders to choose between a red eye across the country (and then the pond) or copious amounts of FOMO. For the stars already in town for the Oscars, however, the whole thing was NBD. Beyonce, Miley Cyrus, Rita Ora, and J. Lo were all in attendance, while Gigi Hadid and Karlie Kloss owned the runway. Click through for an inside look!