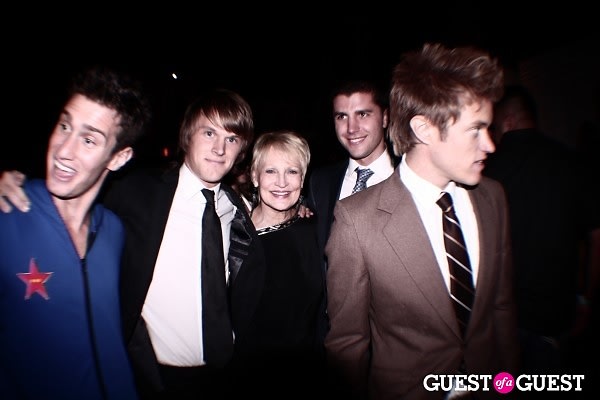 Even though we're a bit rusty since making the rounds of the 7th-8th grade bar mitzvah circuit, we can still suss out one in disguise. And there was no mistaking that last night's Season 2 Premiere Party for MTV's "The Buried Life" was clearly the boys' strategy to cross 'have a bar mitzvah' off their bucket list without the whole religious aspect.

MTV teamed up with Social Media Week L.A. for the official celebration for "The Buried Life's" second season at Drai's Hollywood, a place with the perfect amount flash and Vegas flavor for such an occasion.  The show's stars Ben Nemtin, Dave Lingwood, Duncan Penn, and Jonnie Penn were all there for their big day with their parents and friends in attendance to celebrate and support them. Guests mingled over cocktails and enjoyed a screening of the season 2 premiere with the intimate crowd.

Between the photo booth station, open bar, speeches, pigs in a blanket appetizers, moms in pashminas, and of a course a poster board for all the attendees to sign and congratulate the guests of honor, it certainly ranks among the top bar mitzvahs we've been to.  Congratulations on your second season, boys--you're men now!