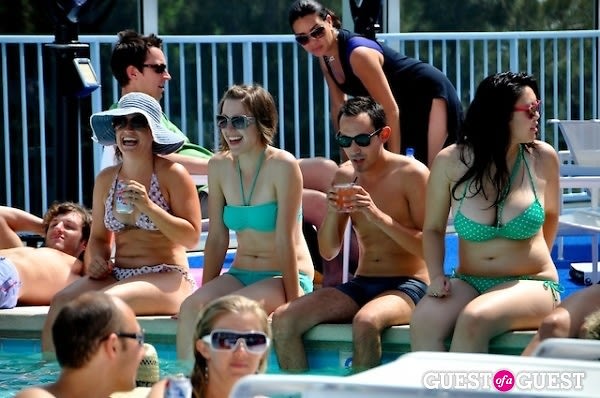 Go HERE for more photos by Evan Dumouchel and tag yourself and your friends!

Social media strikes again! Last year, Sunset strip establishments pooled their powers to create a united social media outlet, The Social Strip, for the legendary L.A. drag of neon lights and Hollywood dreams. On Sunday, tweeters, Facebook junkies, and Tumblrs, celebrated one year of The Social Strip the way any L.A.-based organization would in the summer: with a pool party at The Standard Hollywood.While the first birthday was bereft of magicians, face paint, and balloon animals, the Sunset Strip's social media group got together to celebrate in a more adult way, with water guns, PBR, and a bean bag toss.  Bikinis and boardshorts were the day's dress code, donned by the figures of The Roxy, Viper Room, Comedy Store, and Andaz Hotel while chilling on the blue AstroTurf deck and splashing around in the pool.

No birthday celebration would be complete without goody bags, but instead of being handed candy and erasers...(psh who needs them when you have a delete button?), the Sunset establishments provided tickets to shows at their venues, not to mention a free night's stay at The Standard to the lucky ping pong champions.  Although PBRs substituted well enough for chocolate milk and apple juice, these birthday boys and girls had not outgrown cupcakes, the requisite sweet treat of any proper celebration these days.  But don't worry, Andy Dick was supervising the party with a keen eye, so you can be sure no one got out of hand or went in the pool before waiting a full half-hour after eating. Yup, there's no way these social media gurus would behave badly with a mentor like that to follow. 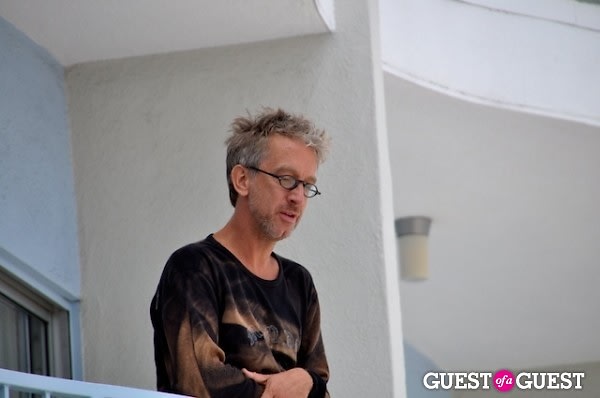