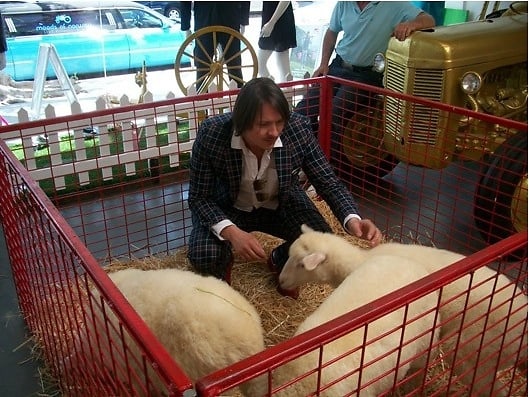 Nothing says 'par-tay' like waffles and some baby sheep, right guys? That's exactly how Moods of Norway on Robertson celebrated the store's one-year anniversary.

On Saturday, the store hosted a party where guests enjoyed tunes provided by a DJ, waffles, champagne and some adorable lambs.  Still unclear as to why they were there (we'll refrain from making any cracks about how they shat everywhere in the store after one dimwitted guest fed them waffles), but they seemed to be a huge hit with the crowd. So when in doubt, toss in some mini livestock to up the ante at a party.

To continue their anniversary celebration, this coming Saturday the store will have some beautiful Norwegian models come in for a demonstration on how the clothes are made, giving the baby sheep a much needed day off.

[All photos via Racked LA]