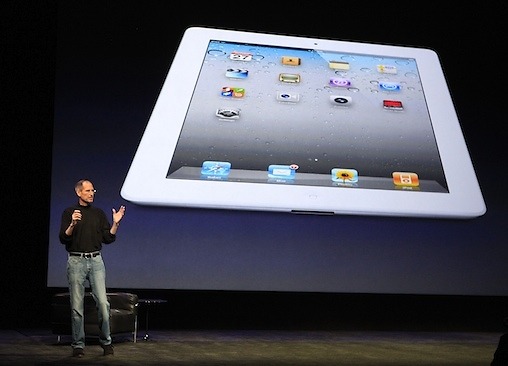 Last weekend, this dude I don't know turned to me and asked if my phone was an antique. I have a 3G BlackBerry Bold with an optical trackpad. Even though it was rude and I immediately lumped him in the "tool" category which is just below "douche" but above "loser", he had a point. Your new favorite gadget today in six months will probably seem as cutting-edge as a Motorola RAZR. Thus, the day nerds have been waiting for and owners of iPads have been living in denial about has finally arrived. Steve Jobs returned from medical leave to deliver the news today that the iPad 2 drops March 11 and presented Apple's newest must-have. 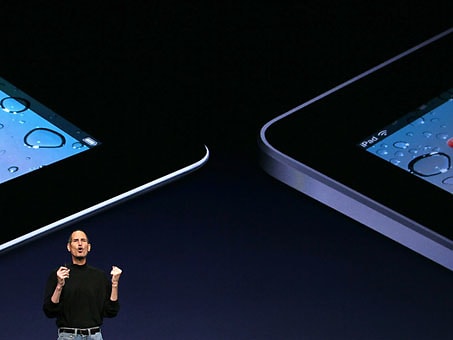 At the invite-only dork-out, he discussed all the awesome things that make the second generation iPad different from its predecessor. And then the universe imploded and Jobs just laughed and said "there's an app for that!"

Since we've been so diligent in keeping you up to date on all the important things happening in the world, like James Franco's Oscar night, John Galliano's anti-semitic outbursts, and Charlie Sheen's tiger blood, we thought you'd also like to know about the iPad 2. So here's a list of all of the second generation device's new features and improvements, plus links to more in-depth reviews and descriptions. Read it and weep...

It has the addition of two cameras one on front and one on back for photos, FaceTime video chat, and whatever else you'd use a camera for

The transition where the edge meets the screen/display is more seamless, like an iPod Touch

It works on both AT&T's and Verizon's 3G network

It comes in colors! Black and white.

Standard Mac apps like Garageband and iMovie will be available for it in the App Store starting March 11, enabling users to create and edit video and music all on the iPad 2 (kind of blowing my mind right now!) [CNet]

According to TechCrunch, the optional $39 ($69 if you want to be fancy with the leather one) magnetic Smart Cover case that puts the iPad 2 to sleep when covered is "the coolest new part"

5 Places Where Where You Can Find Even More iPad 2 Info! 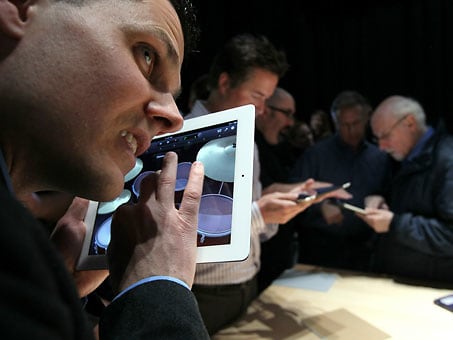 1. TechGear's notes from a hands-on exploration of the new device and how it feels. [TechGear]

3. Here's an easy chart that compares the iPad 2, the iPad and Motorola's Xoom Android tablet. [TheMacObserver]

4. This tells you the major changes to the new iPad, plus how it has and will impact the markets. [CNNMoney]

5. This article has a nice summary of the iPad 2 and some interesting Steve Jobs quotes from today's presentation. [ComputerWorld]

[All photos via USA Today]