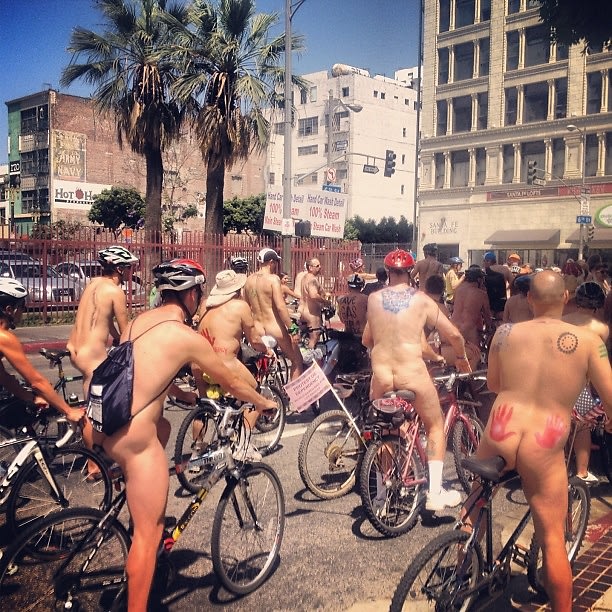 Last night I saw a pack of dirty hippies in Davey Crockett coonskin caps hardcore frolic across the intersection of Sunset and Gower, barefoot, and I'm 95% sure they were on some combo of E and acid. It was 7:45pm. Unfortunately, I don't have a photo of it for you, but we do for these other unbelievable, obscene, and just plain strange occurrences and sights seen that took our breath away over the last few months. From public nudity en masse to the discovery of a Hollywood Hobo Fight Club, here's a collection of our favorite local WTF moments of summer.

In Which Terry Richardson, Jared Leto & Some Horse Do A Runyon Night Hike

So What Was Justin Ross Lee Doing At Coffee Bean In WeHo Yesterday With "Shahs of Sunset's" Reza Farahan?

Sorry For Partying?: Hudson Block Party Neighbors Are *PISSED* (But It Was Seriously Good Times)