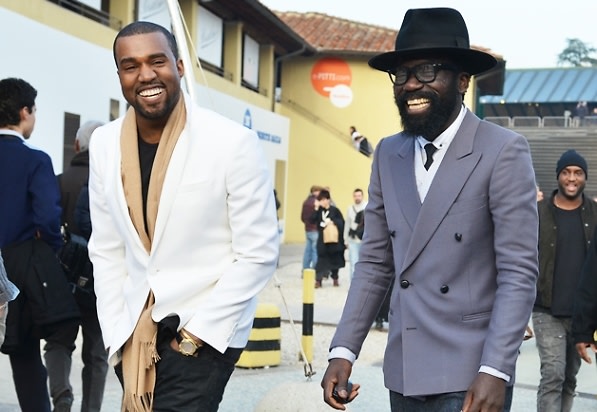 While were all preoccupied with Hollywood and its seemingly unending season of awards which only just began, Milan Fashion Week for F/W 2012 menswear collections and Pitti Uomo were going down, which means a massive program of extravagant runway shows, cocktail parties and hordes of smartly dressed individuals roaming the streets of Milan and Florence. Here's a look at some of the hottest events, notable fashion shows, and a very special Kanye moment, straight from Italy.