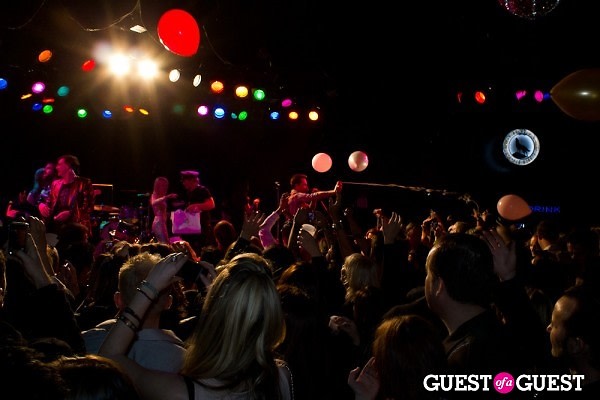 Go HERE for more photos by Aaron Bendele and tag yourself and your friends!

Rather than spending New Year's Eve dancing on tables to bumpin club bangers, those who wanted to ring in 2011 with some ROCK headed to The Roxy, naturally. The storied music club played host to the night's all-star show and NYE party presented by the good people of Original MOONSHINE clear corn whiskey.

The Original MOONSHINE + Camp Freddy + Roxy formula was nothing short of a perfect union for the occasion since partying like a rock star on NYE pretty much entails copious amounts of whiskey.  The band of rock and roll veterans including Dave Navarro (who couldn't make it but was there in spirit!), Matt Sorum, Chris Chaney, Donovan Leitch, Jr., and Billy Morrison led the crowd in a collective goodbye to 2010 with a show that one guest described as "hard and fast, just how I like my hard rock." Amen, brother. 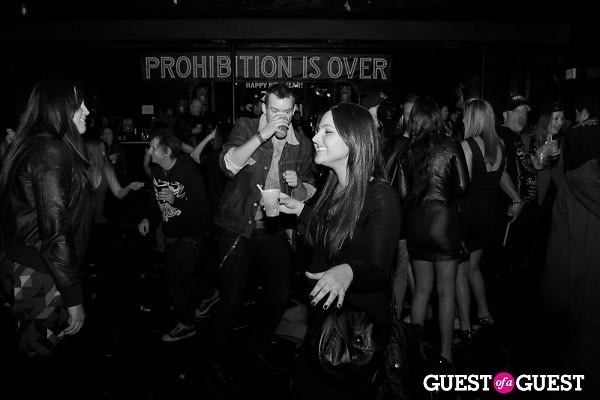 With their track record of special guests that includes the likes of Steve Jones, Mick Fleetwood and Steven Tyler, Camp Freddy once again pulled out the big guns for the celebration and was joined by fellow rock royalty, Cherie Currie of The Runaways. Hopefully that thing they say about your NYE setting the tone for the rest of the year is true since everyone at the Roxy stepped into 2011 like rock stars.