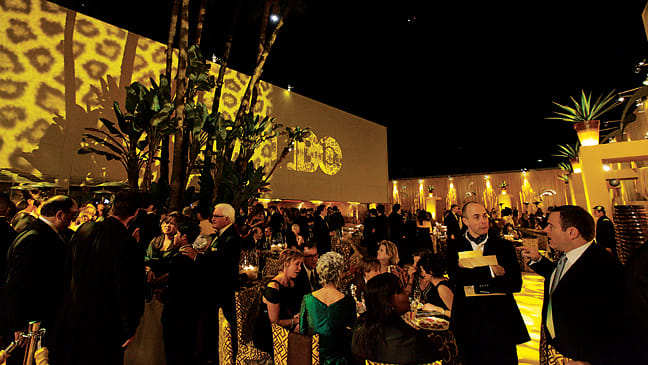 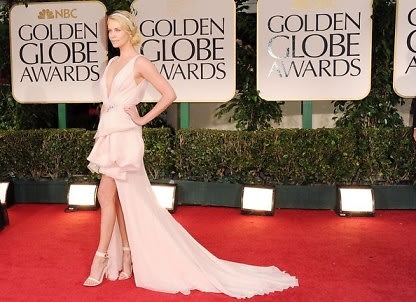 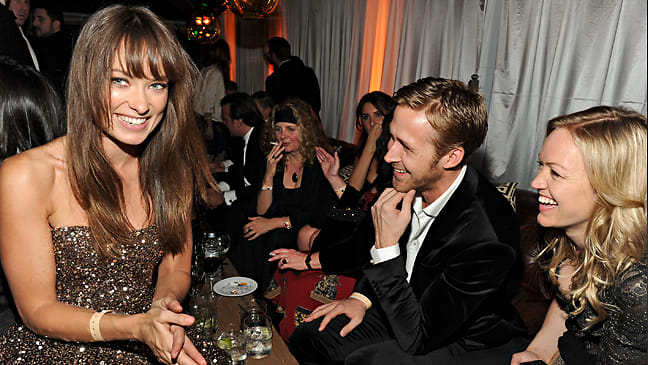 [HBO after party via; Charlize Theron via; Olivia Wilde, Ryan Gosling via]

Ah, yes, Hollywood's ceremonious patting-itself-on-the-back circuit known as awards season is just about upon us as the 70th Annual Golden Globe Awards kick off the insanity this Sunday. With the big show just days away, L.A. is kicking into high gear with all kinds of celebrity-filled events leading up to the ceremony,  plus the swanky after parties. And if (like us) you haven't seen all the movies and TV shows nominated this year, that doesn't mean you can't still get hip to all the festivities surrounding the awards and make the most of this time of year. To that end, we bring you our official guide to the gifting suites, pre-parties, galas, dinners and more happening all over town in honor of the 2013 Golden Globes Week. Happy party crashing, everyone!