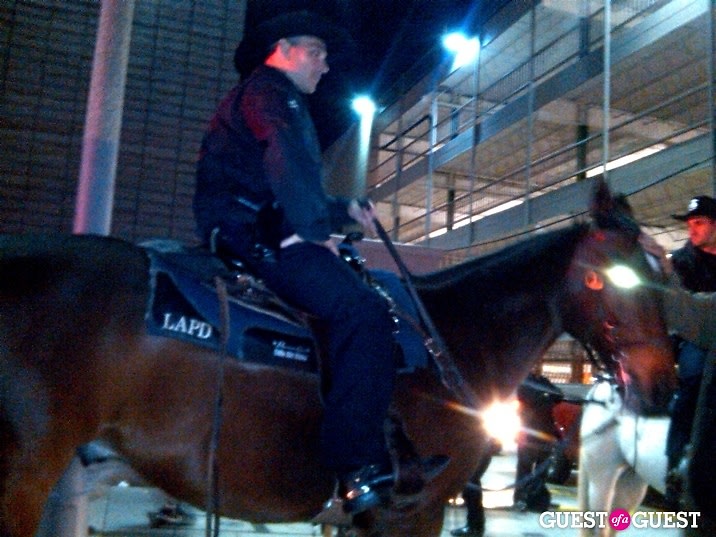 Bummed you didn't make it to The Alliance's Halloween Party at The Roosevelt Saturday night? Don't be. You're at least $125 richer than everyone who did and all you missed was another night of Josh Richman prancing around like Napoleon with his insufferable 8-ball cane, and of course the cavalry units posted across the street from Teddy's on Orange. You know, because there's nothing more effective and intimidating than cops on horseback in Hollywood...

As if that part of town wasn't enough of a zoo Saturday night, the LAPD had a stroke of genius to help maintain order in the streets by blocking traffic with stank livestock trailers and putting its men on horseback. Those LAPD saddles and cowboy hats didn't exactly send shivers down our spines as we sat in a cab in traffic that wasn't moving on Orange.  In fact, at first we thought it was some kind of joke or costume gone way too far, but even after we realized these cops were for real, friends AND THE CAB DRIVER hopped out of the car (still in traffic!) to molest the horsies a little bit and take pictures with them. Obviously, they served their purpose. Well done, LAPD.