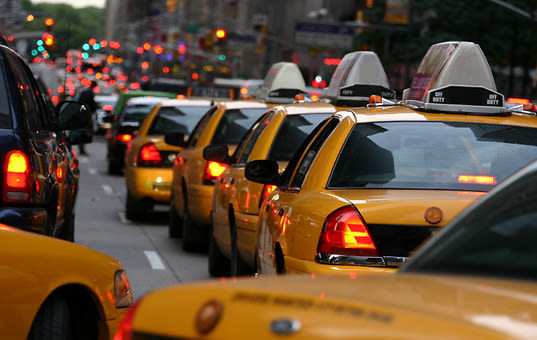 Remember GofG NYC's number 1 reason they think their city is better than ours? That one about our terrible traffic? Not to add insult to injury as we're already the clear winner of this coast-to-coast feud, but it would be irresponsible not to share this news: turns out NYC's traffic is not only worse than L.A.'s, but is also the worst in all of NORTH AMERICA. Dear NY team, read it and weep. 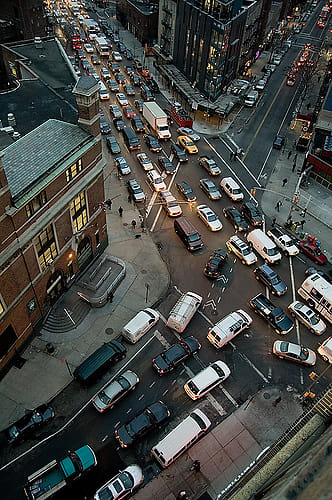 Yes, it's true. We're not going to pretend we weren't absolutely tickled when we came across this revelation yesterday. According to NAVTEQ, the leading global provider of maps, traffic and location data, New York City ranks as the most congested and traffic-delayed in the country. And the entire continent.

As part of their very first reason they're glad they don't live in L.A., the NYC office cited our hideous rush hour, but check THIS out: three of NYC's freeways landed in NAVTEQ's rankings of the top 10 freeways with the slowest rush hour, earning positions at 1st, 2nd, and 6th. Meanwhile, only one of L.A.'s was listed, AND ranked below all three of NYC's at 7th for slowest rush hour. As far as the rankings of cities with the overall worst rush hour, NYC was at the very tippy-top, and Los Angeles ranked 5th. 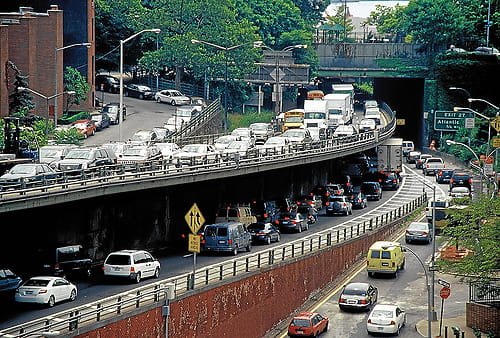 So basically these findings issued by the foremost authority on traffic negate Chiara's top reason NYC is superior. And with the most recent strike in the GofG L.A. vs. NYC feud last week, this news has impeccable timing! C H E C K M A T E. 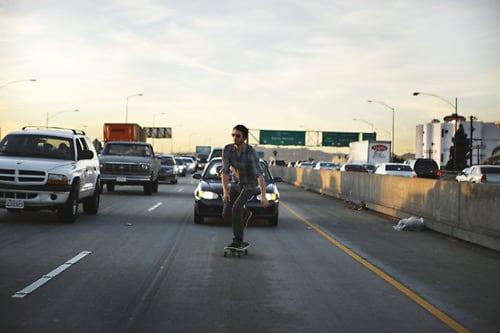 Feud History For Those Keeping Score at Home:

They started it with THIS: 9 Reasons We're Glad We Don't Live In LA

To which we replied THIS: 9 Reasons We're Glad We Don't Live In NYC (Our Response To GofG NY)

And then followed up with THIS: Extra Thoughts on NYC vs. LA

Which they responded to with THIS: In Defense Of New York Weather (Get Over Yourself, LA!)

[Top photo via; Aerial view photo of Manhattan via; NYC traffic photo via]