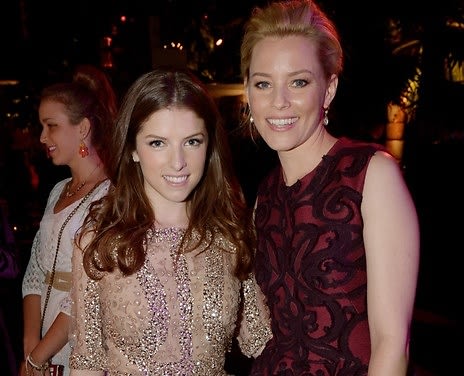 Elizabeth Banks, J. Lo (with her beau!), and Anna Kendrick walk the carpet at the Chinese and party at the Roosevelt alongside Lion's Gate execs at the premiere of What To Expect When You're Expecting; Bravo honcho/host Andy Cohen brings out the brightest stars of the Bravoverse for the release of his new life-in-pop-culture memoir; former "Baywatch" star Donna D'Errico hosts the red carpet premiere of her new reality show about life after The Hoff. Monday night might not have been packed with parties, but since it doesn't cost you anything to read, you'll get your money's worth in this edition of Last Night's Parties!

Anna Kendrick, Elizabeth Banks at the What To Expect When You're Expecting After Party [via]