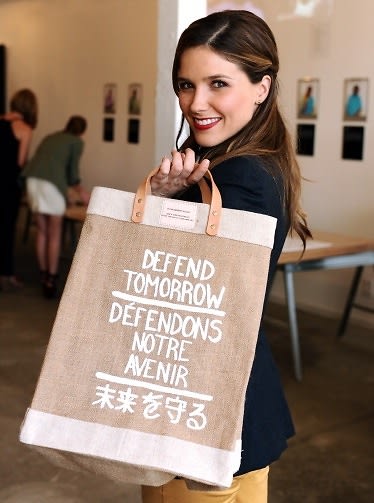 Actress Sophia Bush steps out to support menswear company Apolis and launch their Defend Tomorrow campaign; The Addams Family stage production debuts at the Pantages Theatre; celebrities and stars of the film hit the premiere of Disney's Let It Shine; Far East Movement joins LMFAO for a live performance at the Staples Center; Ice-T's documentary on the culture and creative process of hip-hop, The Art Of Rap, premieres—Tuesday in L.A. was packed with action and we have all the details on who stepped out where in this edition of Last Night's Parties.