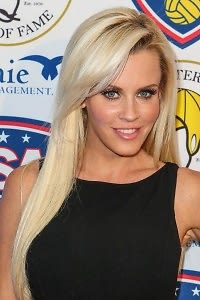 Chris Hardwick's Course Of The Force Star Wars-themed charity relay race attracts actors, athletes and the original Chewbacca; Jenny McCarthy and Marcellus Wiley give the U.S. Olympic Water Polo men and women their official send-off in Century City; Steve-O and David Arquette party with the LA Derby Dolls at a wild fundraiser for the Down Syndrome association of Los Angeles. You might have gone out of town this weekend, but the party stayed right here in L.A., and we've got all the details in this Monday edition of Last Night's Parties!