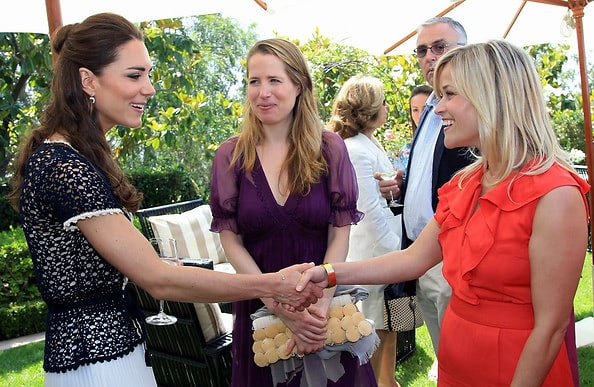 Within two days of being in L.A., Prince William and Kate Middleton managed to turn Hancock Park on its ear, catch up with David Beckham, take a helicopter ride, play some polo, and get comfortable enough to touch Babs Streisand on her shoulder. But for the third and final day of their L.A. tour, instead of more hobnobbing with Hollywood at swanky events, the Duke and Duchess of Cambridge spent time exercising their charitable sides in some of the seediest parts of L.A. Well, that is before squeezing in one last high-end celebrity shmoozathon on the way to the airport. Let's observe...

Pretty much the only reason anyone ever goes to Skid Row is to score some crack rock. That, or dump a body, I suppose. But Day 3 of the Royals' L.A. tour brought them to what's widely accepted as the sketchiest drag of seedy L.A. areas for some quality time with underprivileged children at Inner-City Arts. Their visit included meet and greets with the program's administrators and the kids enrolled in the program who showed the couple the ropes in arts and crafts. 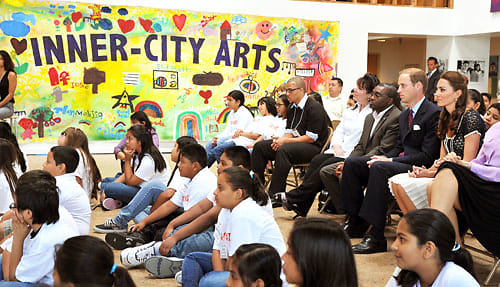 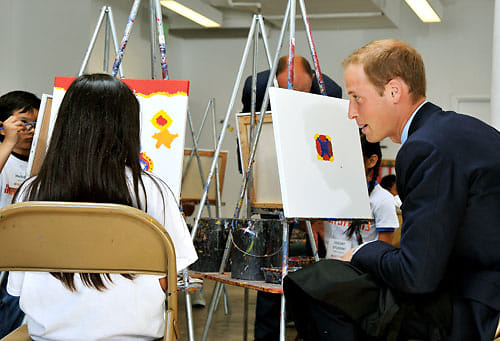 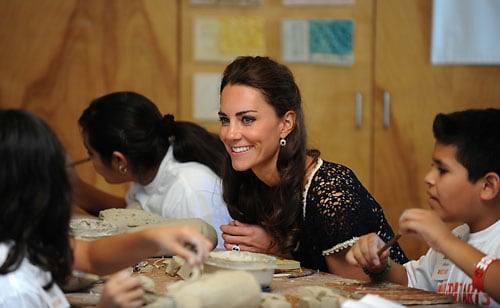 Look at that. A damn near perfect circle. Did she do that freehand? What a gift. This life-like rendition of a snail (they're red in England, of course) makes me feel better that she at least has a career in portraiture to fall back on if the whole being a member of the British Monarchy thing doesn't work out. 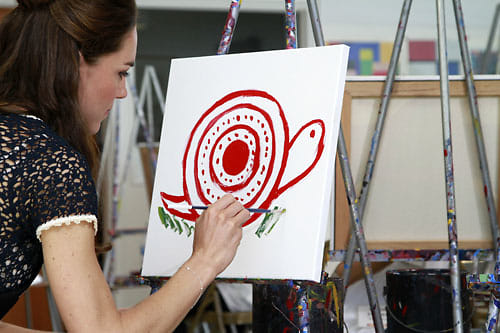 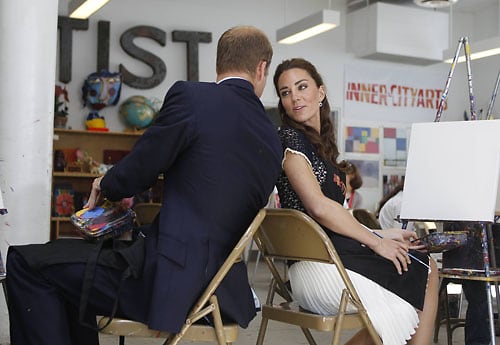 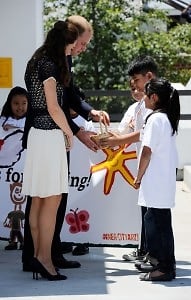 After their adventure to Skid Row, they headed to Sony Studios in Culver City for the Mission Serve Veterans Job Fair in support of reintegrating U.S. servicemen and women in the work force. The cause is said to be one of most important to the Prince who gave a speech on stage to the room of veterans and employers. Before leaving, the couple also took some time to help put together care packages for children of parents in the military. 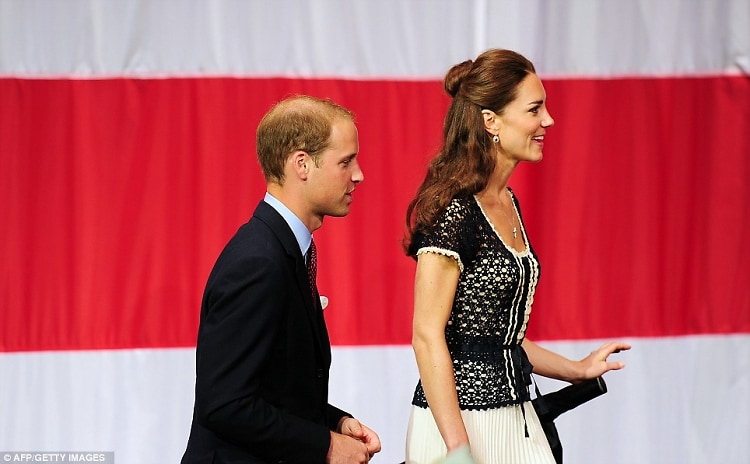 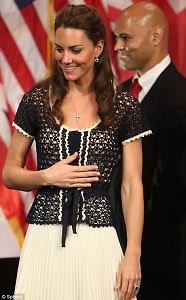 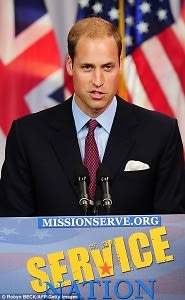 The final stop on their L.A. tour was the launch reception of TUSK Trust's US Patron Circle. The brunch for the African wildlife conservation charity held at Steve Tisch's residence boasted a star-studded guest list including Reese Witherspoon, Catherine Keener, Jennifer Garner, Linda Evangelista, and Willow Bay where the royals got one last dose of Hollywood shmoozing in before catching a flight back to their motherland. 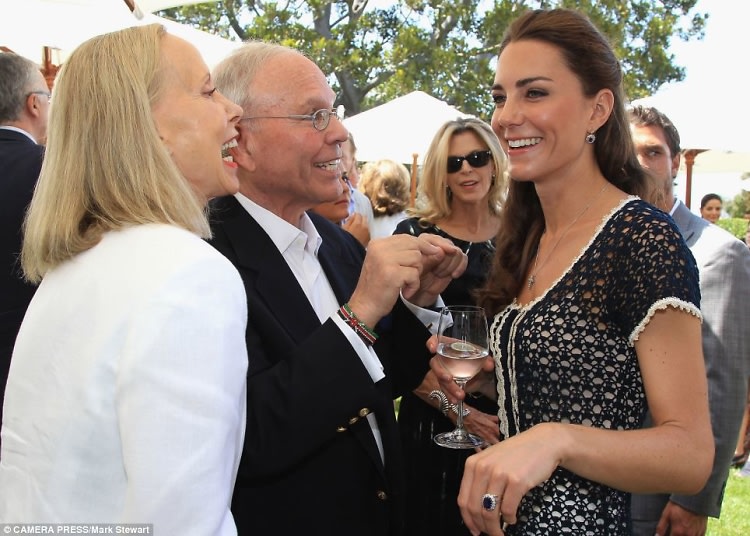 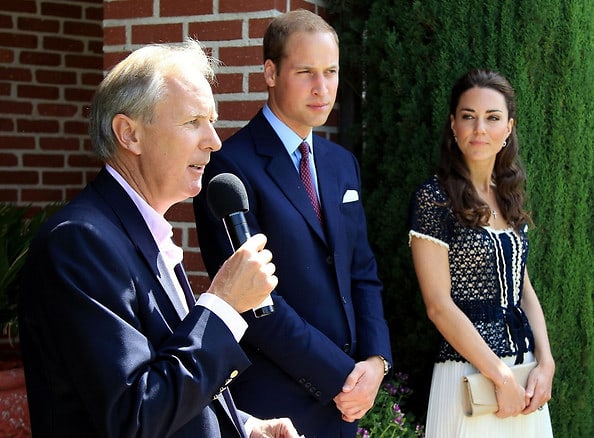 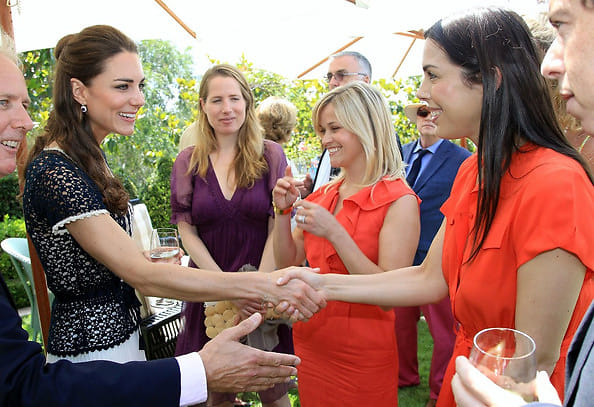 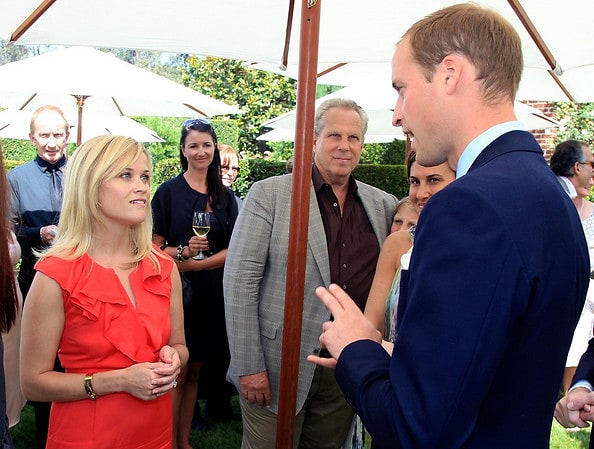