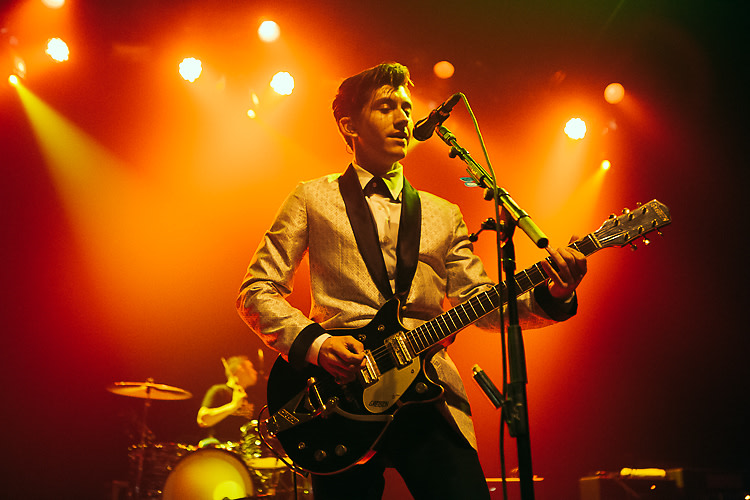 [Photo via] With the summer drawing to a close, we await colder temperatures and overcast skies with cool tunes to carry us through this still hot October. From today until Sunday, catch chilling performances from the Arctic Monkeys at The Wiltern, UK singer-songwriter Jake Bugg at The Fonda, Depeche Mode at Staples Center, three days of Moby, Boyz II Men, and Noah And The Whale. The weekend wraps with “Way Over Yonder,” a 2-day music festival at the Santa Monica Pier featuring an eclectic slew of folk artists such as Neko Case, Calexico, Jenny O., and more; and finally, The Honda Civic Tour on Sunday featuring Maroon 5, Kelly Clarkson, and newcomer Rozzi Crane. Stop what you're doing and listen up because we're bringing you a complete guide to L.A.'s best live music this week.