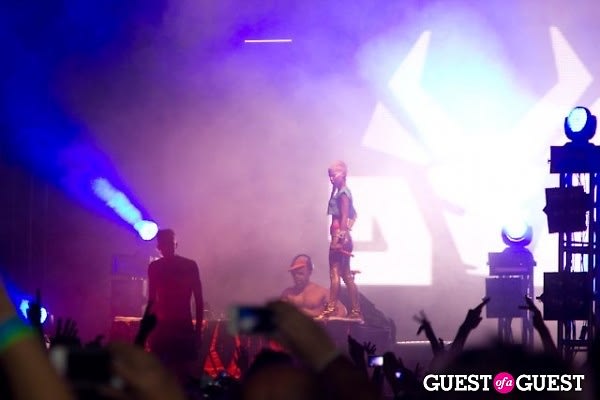 Go HERE for more photos by  John C. Bajana and tag yourself and your friends!

Following the major success of the Barcelona-based Sonar Music Festival, organizers handpicked a few of their favorite artists to perform on the 'Sonar on Tour' show that ran for just a few short weeks throughout North America. As one of eight stops on the mini Sonar tour, Los Angeles had the opportunity to host these outstandingly diverse artists on Saturday night at the Shrine Expo Hall. Featuring performances from Azari & III with their two androgynous vocalists, Seth Troxler, Paul Kalkbrenner, Tiga, Gesaffelstein, Nic Fanciulli, and the night's main event, Die Antwoord, the event brought out a funkier side of town complete with the the scent of herb in the air, crowd surfing, some stripping, and a Kat Von D cameo.