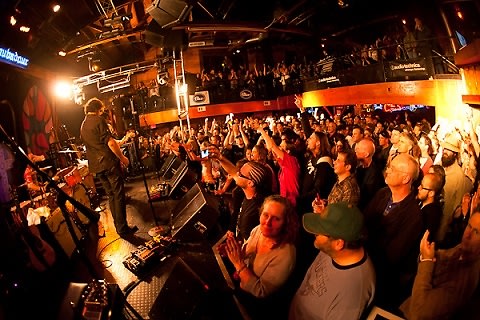 Summer is here, people, and that means you're expected to step up your "recreational activities" game. Yes, I know the nice year-round weather fools you into thinking summer's not special, or that it may be an inconvenience in some way (and you're partially right), but that doesn't change the fact that the best live music—outdoor shows, major tours, kickass festivals—all of this ramps up severely during summertime. So here, then, is the first installment of "Go See A Show!", the GofG guide to the L.A. live music you ought to check out in the next two weeks.

Before we start, a special note to delicate music nerds everywhere: these are just our thoughts. Naturally, we will not have heard of every remote freaking band on god's green earth, so we apologize in advance for not knowing that Spokane's hottest up-and-coming all-female shoegaze trio is playing behind the Alvarado El Pollo Loco at midnight. If you feel a show should be spotlighted, let us know in the comments. 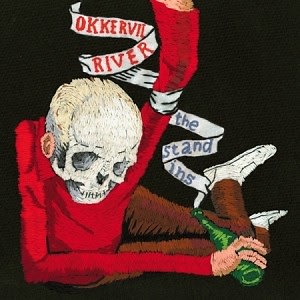 Where: Wiltern Why: Okkervil River just released I Am Very Far, another critically-acclaimed album of honest, complex somewhat folk-y indie rock. Titus Andronicus prefers to keep it a little bit louder, and their Civil War reference-laden, perils of life in New Jersey opus The Monitor is widely considered one of, if not the best album of last year. If you're looking to build your indie cred, this is your show not to miss tonight. How: Tickets and More Info Here [photo via] 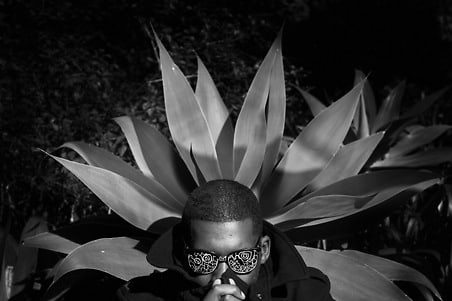 Where: The Music Box Why: If you're looking to get into L.A.-specific live music, you can't do much better than Flying Lotus, who's built his name on thumping, ethereal beats and drawing some of the best crowds L.A. has to offer. He's playing with Thundercat and Austin Peralta, plus unannounced special guests. How: SOLD OUT, but Re-Sale Tickets and More Info Here [photo via] 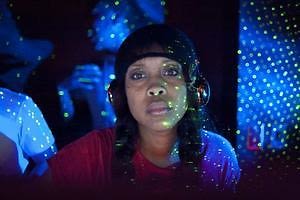 Where: Roxy Why: Because aside from performing the soulful, uncompromising, and infectious music that she's been making for over a decade, Erykah will also be spinning a DJ set (under the name DJ Lo Down Loretta Brown) for a crowd that promises to include some familiar faces. Expect her set to include some unscripted jams with the all-female go-go band Be'La Dona, who are serving as the house band for the fun, and KING, an up-and-coming soul trio that's been making some fans out of big names like Prince (who they opened for), Phonte, and ?uestlove. Also, all profits benefit the Black Girls Rock! Foundation, a non-profit that runs art-based leadership workshops for young women of color. How: Tickets and More Info Here 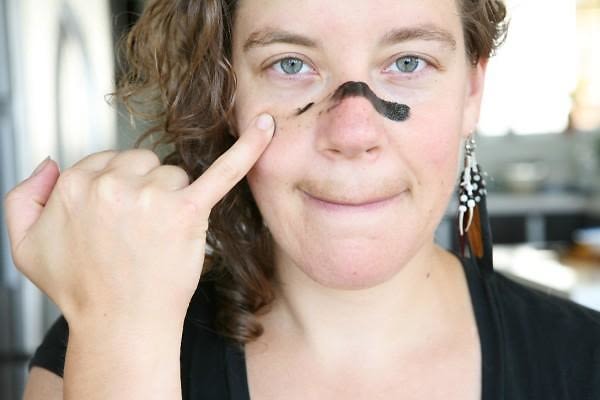 Where: Troubadour Why: Because tUnE-YarDs' funky, patchwork music is a little bit different from anything else out there, and uses all sorts of looping, sampling and technology and still somehow comes up with an organic, spontaneous sound that really works onstage. What else are you going to do on Amateur Night? With opening act Sister Crayon from Sacramento. How: Tickets and More Info Here

Where: The Echo Why: Because it's like a twisted version of listening to an XM 70's/80's rock station, the kind of music that LA Weekly describes as "messy ghetto-pop debauchery." And their new EP is called Yes, I'm Stalking You. Surely that's worth checking out their Mondays-in-June residency for free(!), no? How: More Info Here [photo via] 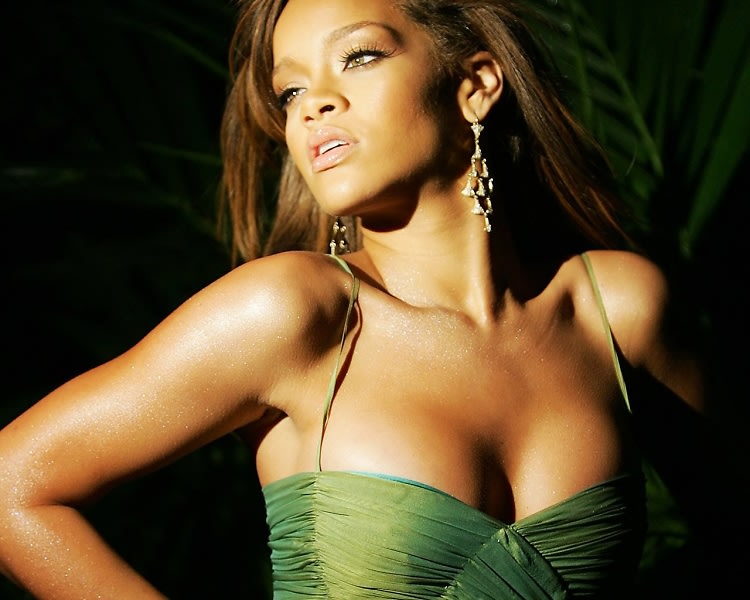 Where: Staples Center Why: Sometimes, and it doesn't happen often, someone blows up the pop charts because they're actually pretty good. And while I wouldn't necessarily spend my own money to go see her, I also objectively think Rihanna's pretty good, and I think I'd have fun if someone else gave me tickets to this show, until that umbrella-ella-ella song, which kind of makes me feel like I'm trapped in a broken elevator. But I like Cee-Lo and J. Cole. I don't know, it's a conundrum, you're going to have to make your own decision here. How: Tickets and More Info Here 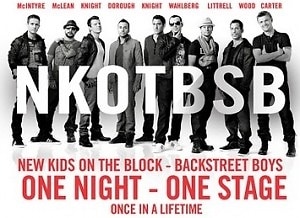 Where: Staples Center Why: I can't believe you just asked me that question. How: Tickets and More Info Here 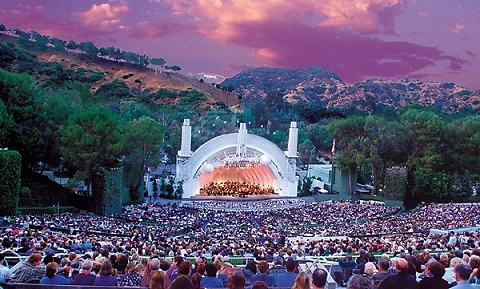 Where: Hollywood Bowl Why: Because the Hollywood Bowl and the Greek Theatre are, for pretty much the same reason, the best places to see a big-act show in Los Angeles and quite possibly the world. Everything, from the view to the laid-back, super friendly atmosphere, to the intimate-feeling-yet-huge (especially with the Bowl) crowd dynamic, make going to a show feel like a special treat. So why not go check out Yacht Rock pioneers Hall & Oates, who are the perfect combination of "you'll get ironic enjoyment from this," and "you'll actually be singing along." Since it's at the Bowl, don't be scared to BYOB either, as long as your liquor is as smooth as Daryl & John. NB: Saturday is the first of three (3) consecutive nights they're playing the Bowl, including a 4th of July spectacular, so pick the night that works for you, and check the date before you order. How: Tickets (3 Different Nights) and More Info Here

Where: Terrace Theater Why: In 2002, during a rock n' roll tribute to the Ramones, Eddie Vedder debuted a hilarious mohawk that was supposedly somehow linked to his frustration over the invasion of Afghanistan. He rambled on for a while, and eventually made the point (which he reiterated, if I recall, to Rolling Stone) that the mohawk wasn't coming off until the US "stops killing innocent people abroad." Now, I can hate George W. Bush as good as the next guy, but even high-school me knew that this was a profoundly retarded statement. But, since, Obama is announcing troop draw-down levels in Afghanistan, it may be time for us to go see Eddie at the Terrace Theater and see what his plans are for- wait, what? He didn't even keep the mohawk for a single year? Oh. Well, I guess go if you liked Pearl Jam or something.

He's playing with Glen Hansard of The Frames (and the really, really good music movie Once), whose lush, emotional music would be my main draw here. How: Tickets and More Info Here 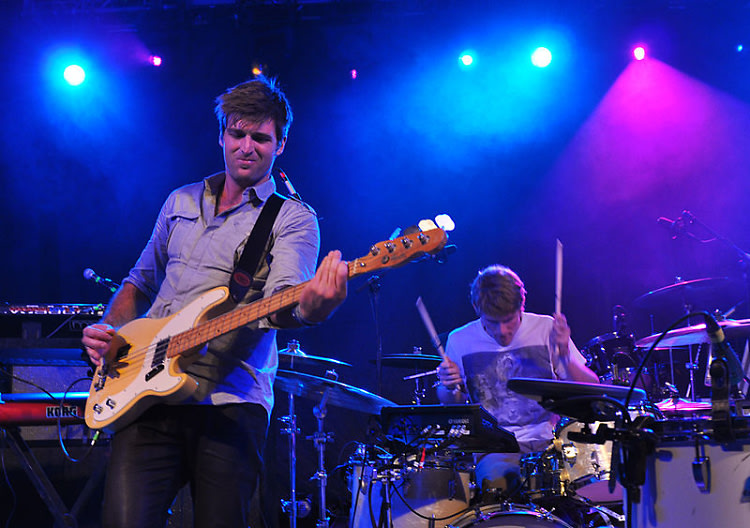 Where: El Rey Why: You might recognize their single  "Pumped Up Kicks," and if you, I bet you like it, right? The rest of their tunes play out like that: fun, poppy, lite-electro-hop indie pop that you can move to. Remember, smiling at a concert is not a crime.

Playing with Gardens & Villa. How: Tickets and More Info Here

Check back in two weeks for another batch of spotlighted live shows, and send us your suggestions!