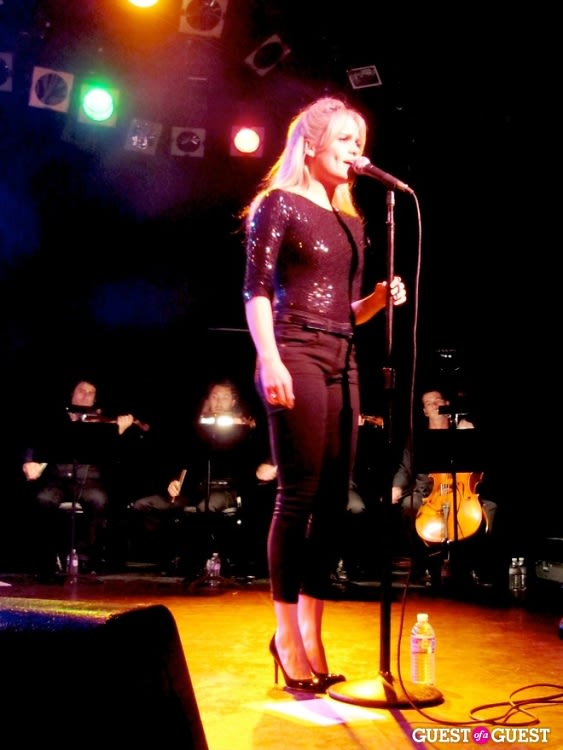 A middle-aged couple, a hippie, a slew of music supervisors, a bunch of twenty-somethings, and David Massey, current president of Mercury Records, found common ground last night, all coming together to enjoy a private show at The Roxy. The performer? Grammy-winner and rising star, Aimee Duffy.

Duffy is set to release her sophomore album, Endlessly, on November 21 and, following the success of her 2008 debut album Rockferry, the petite blonde with the killer voice is poised to teach us all a thing or two.

The private performance, presented by Mercury Records, was invitation-only and gave a seven-song taster of her upcoming album. The tracks ranged from fiery and upbeat, to the soft, hopeful title track of the album. When she closed the evening with "Mercy", her 2008 hit single, the crowd responded with cheers as they clapped along.

The artist's big, soulful voice was captivating as always, and her sweet, welcoming demeanor proved just as enchanting. She addressed the crowd a number of times during the short showcase, and at one point poked fun at the term "sophomore album." Her deduction that it means, "something soft and you want more," evoked whistles and cheers from everyone.

Duffy writes and sings about love and emotional angst, and the quest she depicts is one that resonates across the board, as demonstrated by the eclectic group that came out for her special evening. Just like her catchy, almost addictive songs, Duffy is incredibly likable, and as she sings, smiling and shimmying along with the music, you can't help but root for her, in all that she may do.