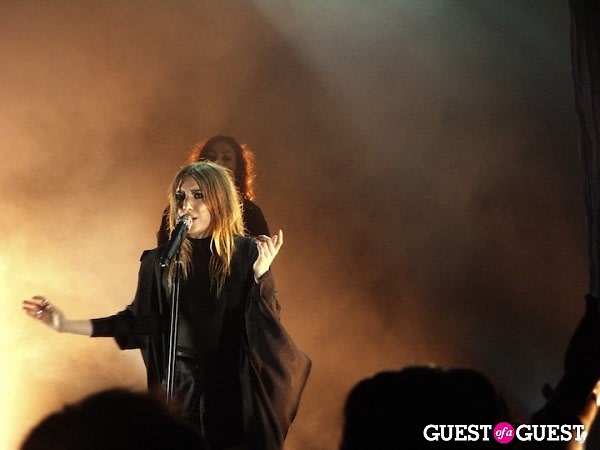 Go HERE for more photos by Emily Green and tag yourself and your friends!

Ever since her Beyoncé-esque display of pelvic thrusting & crotch grabbing in the video for "Get Some," Lykke Li's transformation from doe-eyed singer of cutesy folk tunes to badass rocker chick has been pretty much official. But in case anyone in L.A. missed the memo, the Swedish songstress came to The Greek last Wednesday where her undeniable amped up edge was in full effect in a spellbinding live show.

The night started with performances from two awesome homegrown L.A. bands: Best Coast and Fool's Gold. Both rocked it, but you could see the Lykke look-a-likes twirling their boho tendrils impatiently, wondering when the hell their gothic snow queen was going to show up. 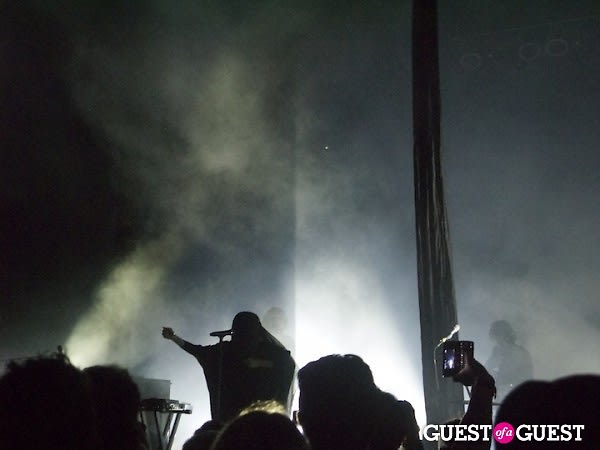 With its black sheath panels and pulsating strobe lights, the stage was feeling a bit spooky when a dark, veiled figure emerged from the billowing fog. It was the lady of the hour—totally channeling Stevie Nicks in all black with a cape and boots, and looking that special kind of hot best achieved through Scandinavian genes.

Stevie herself would have been impressed by the way Lykke owned the crowd, twirling around and banging on cymbals while belting out in her soulful voice. The set was a mix of haunting & intense songs from her new album, "Wounded Rhymes," and upbeat classics like "I'm Good, I'm Gone" and "Little Bit."

“I Follow Rivers” was goosebump-inducing, while "Get Some" had the Lykke-clones stomping their Acne wedges to the beat of African drums. Toward the end, she did a cover of Burt Bacharach’s “Please Stay,” which may have been lost on the (substantial) hipster-tool/bro-whose-girlfriend-dragged-him-there portion of the audience—but amazing nonetheless.

And only Lykke Li could bust out on a kazoo mid-song and make it seem like some esoteric art form the Swedes learned from their ancestors. A hallmark of badass-ness, for sure. 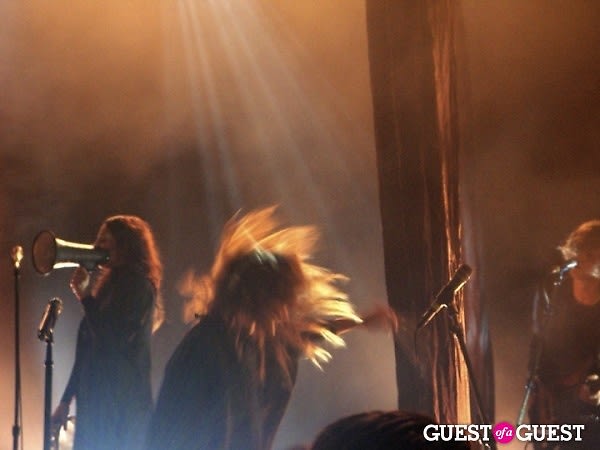 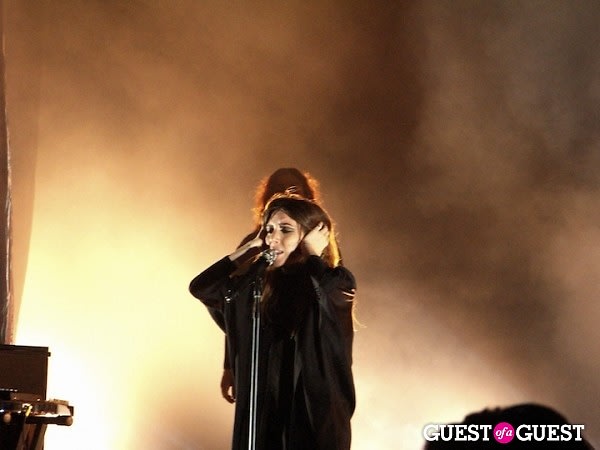 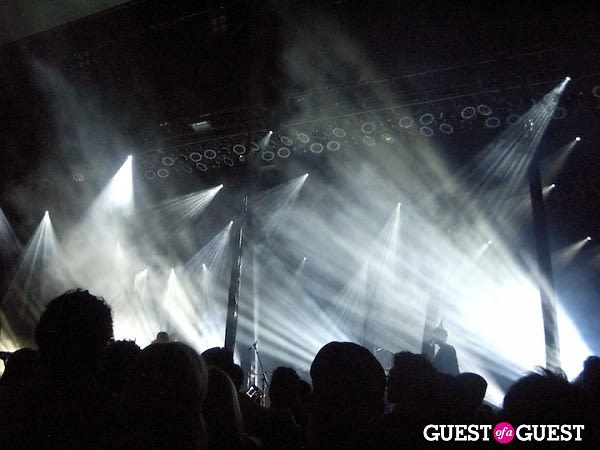 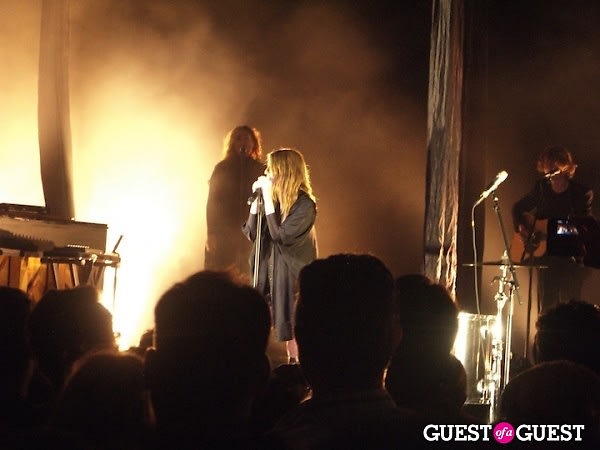 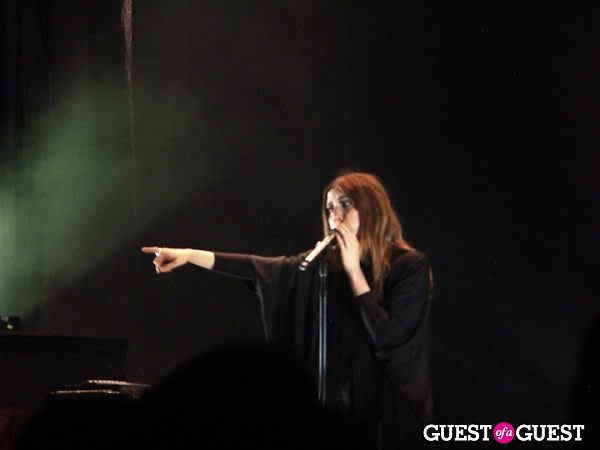 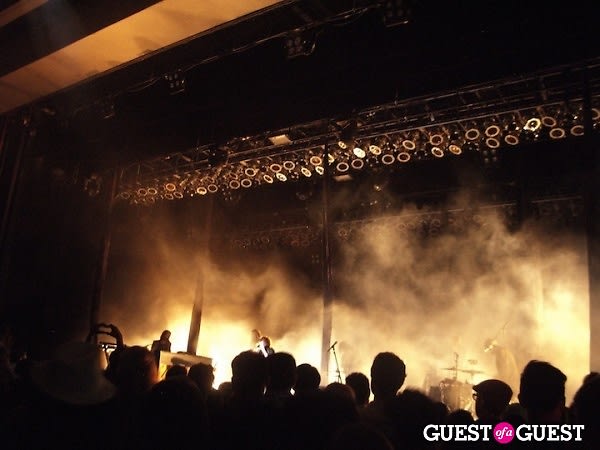 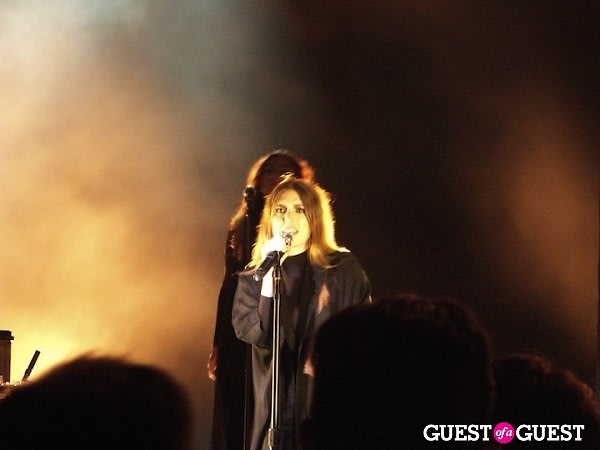 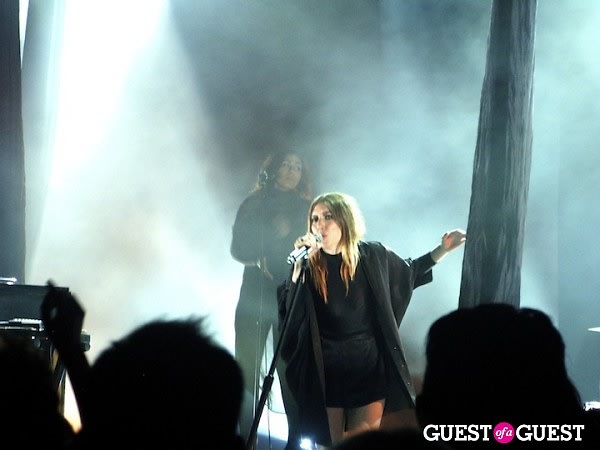 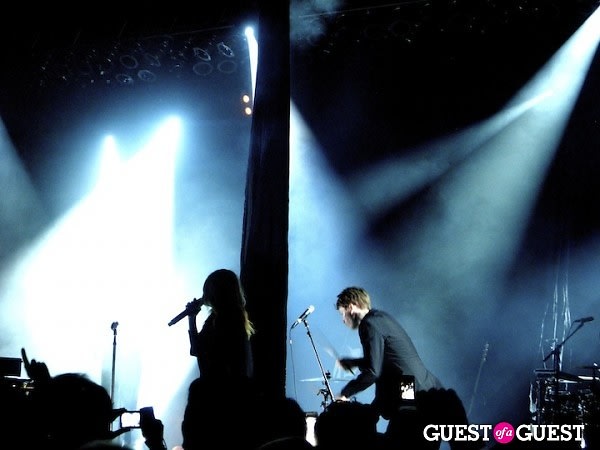 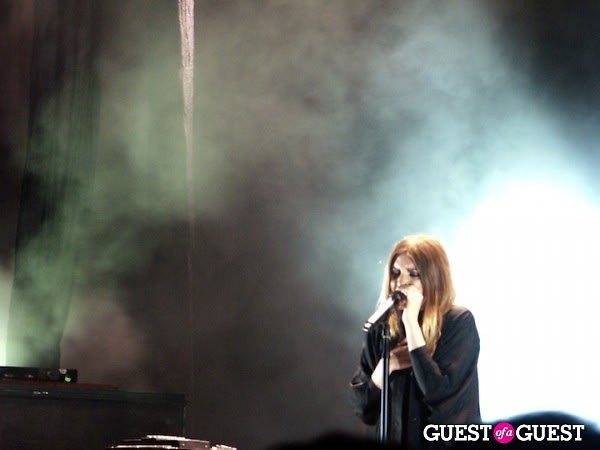 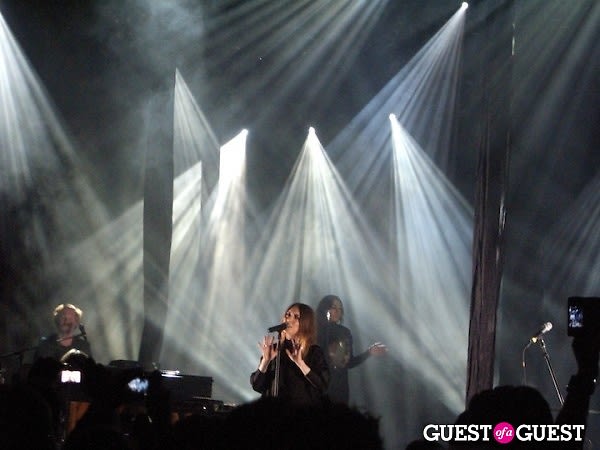