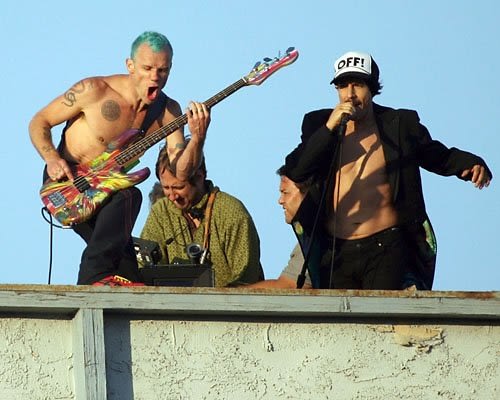 Like Iggy Pop before them, Anthony Kiedis and Flea are two of the only dudes on earth approaching 50 who can still rock with their shirts off without offending people AND look cool doing it. On Saturday, while many were getting in touch with their teenage selves at L.A. Rising with Rage Against the Machine, the legendary Red Hot Chili Peppers performed on a rooftop in Venice, giving locals of their hometown a free sunset show.

In preparation for the release of their long-awaited album I'm With You, RHCP shot the video for their song "The Adventures of Rain Dance Maggie" on a dogtown roof and invited fans via Twitter to come out and enjoy the performance. Unlike the Kaskade fiasco sparked by the DJ's tweet about a free show block party last week, fans who came out for RHCP on Saturday remained civilized and there was no police car smashing or beanbag pelting. Check out these photos from the video shoot... 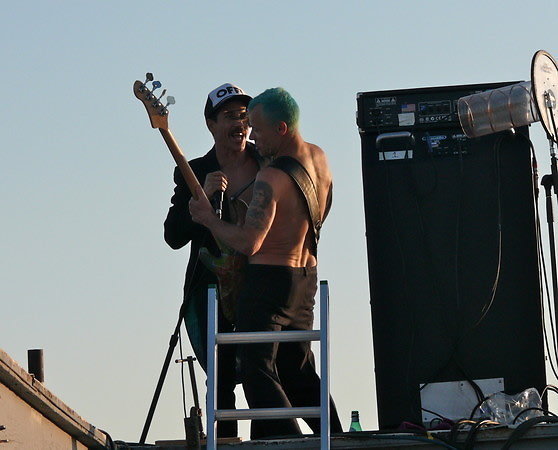 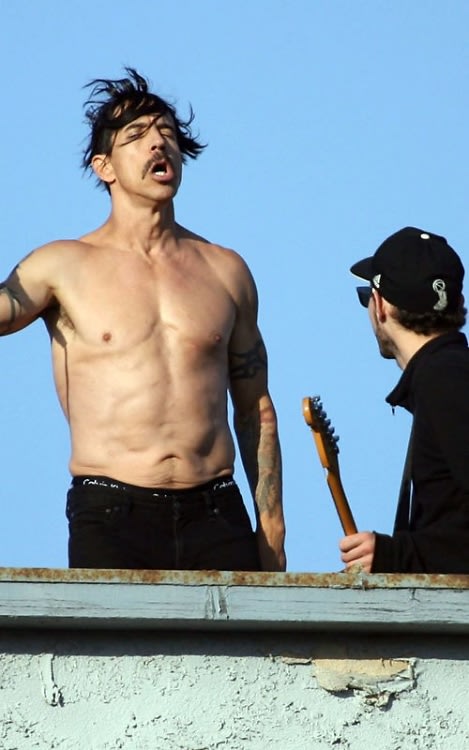 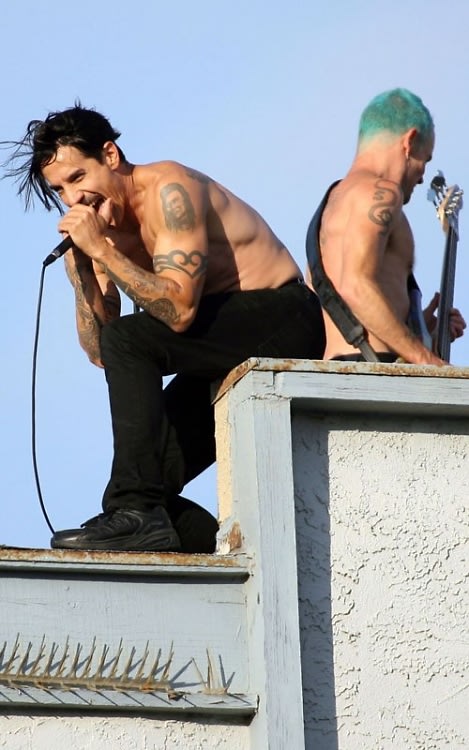 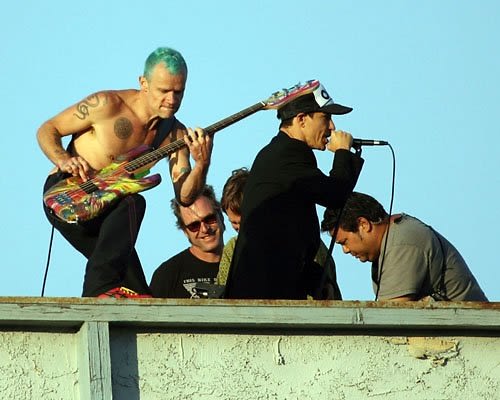 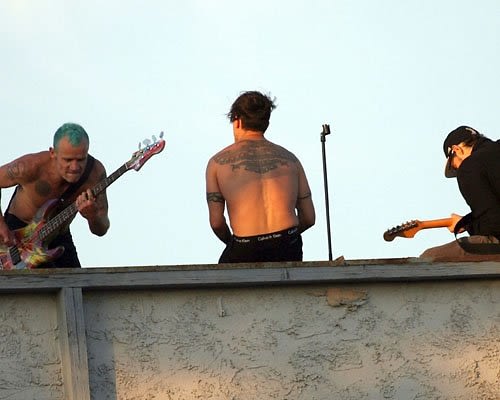 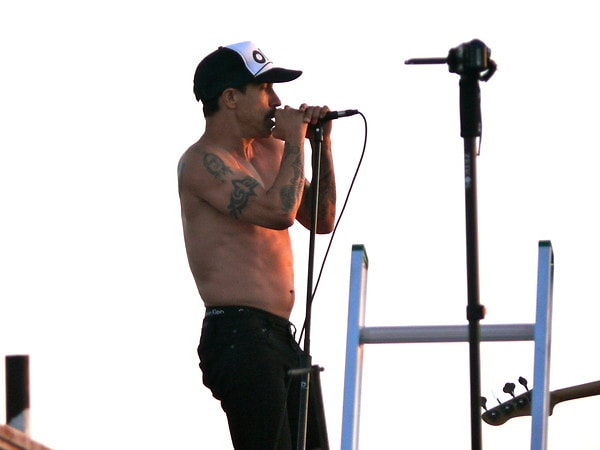 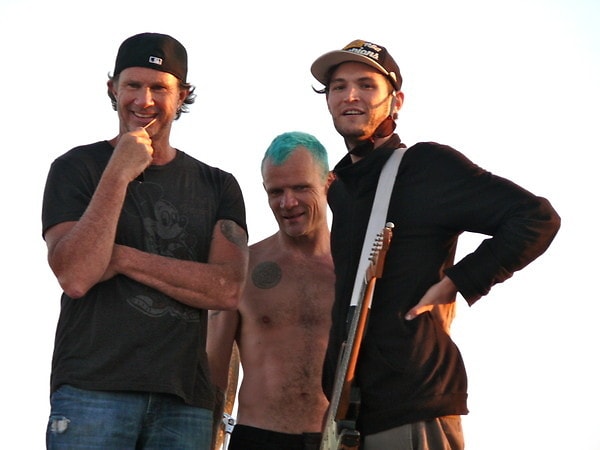 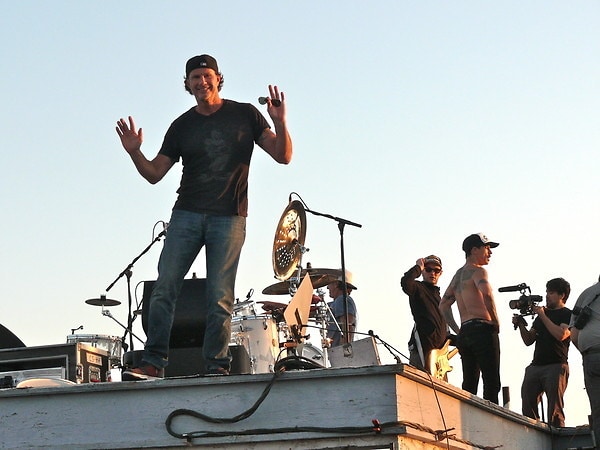 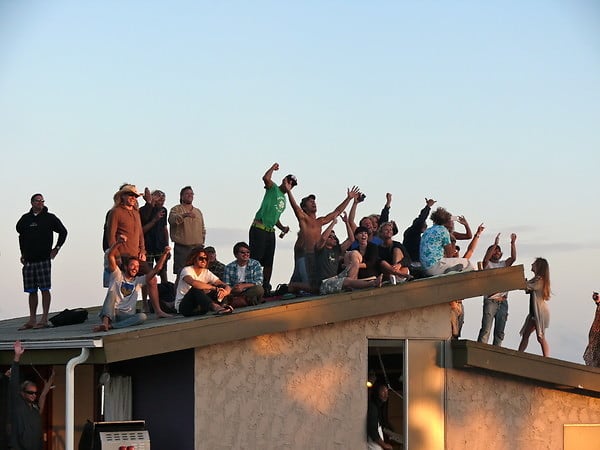 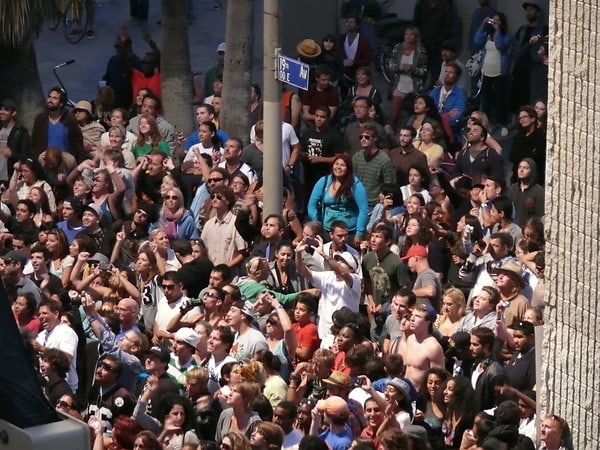 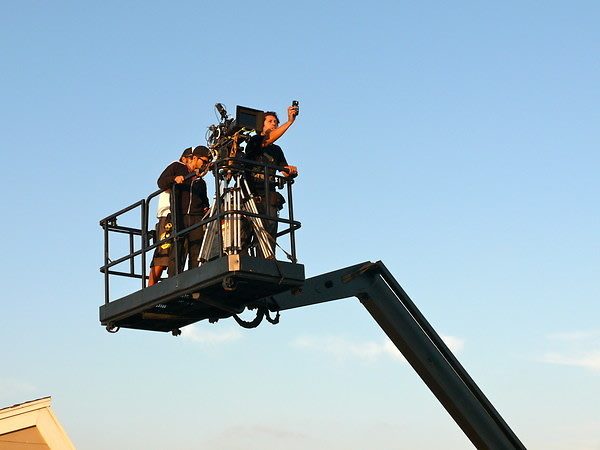 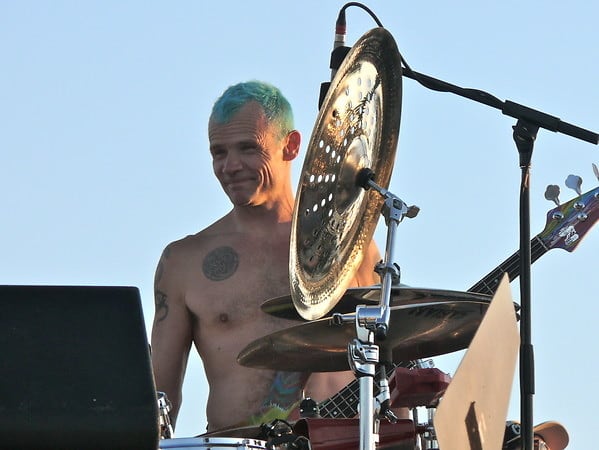 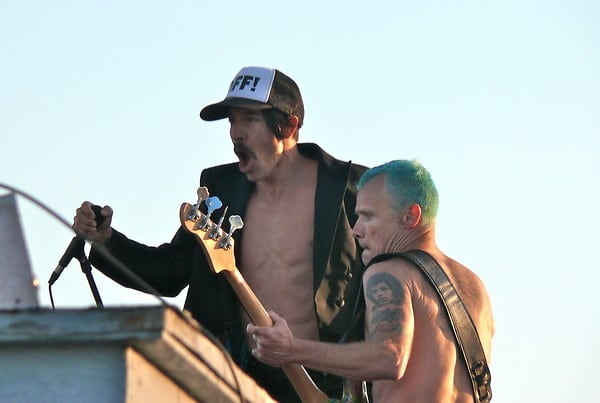