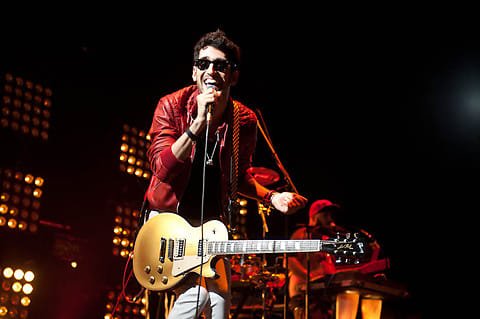 When we talk about summertime mega music festivals, people are most likely to think of Chicago's Lollapalooza as the big ticket of this past weekend. And for good reason: anytime you can throw a party that the hackiest celebrity chef in the universe can describe as "so the bomb dot com," you've gotta go ahead and do that. But you didn't have to leave Los Angeles this weekend to hit a crazy all-day music party, as Duck Sauce, Chromeo, Ratatat, Skrillex, OFWGKTA and others proved by headlining the Hard Summer Music Festival on Saturday at the L.A. State Historic Park. Just in case you happened to be out of town, here's a look at just how insane it got.

After last year's abrupt cancellation of one of their two major L.A. summer events and an extreme police presence at the other, it was definitely crucial for HARD LA to go off without a hitch this time around, and as long as you consider 16 hospitalizations and 17 arrests to be "without a hitch," it seems that the mission was accomplished. 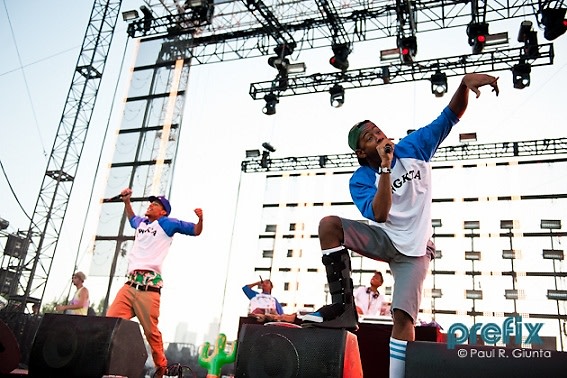 While the Windy City was busy propping up old acts like Eminem and Coldplay, HARDfest was bringing the estimated crowd of 30,000 the cutting edge of music, like certifiably insane person Tyler The Creator (above) and his Odd Future collective, who alternated between threatening the crowd ("All you motherfuckers gonna vote for me at the VMA's or I'm gonna kill your family,") and defying his broken foot to rip out another of the crazy, high-energy collective sets that OFWGKTA are quickly becoming famous for.  Local legend Gaslamp Killer tore it up with a set of bangers that one excited tweeter described as "best live show ever since Soundgarden/Ministry/Ice Cube at Lollapalooza '92," which I'll have to take his word for, since I was 8 years old at the time. And of course, Ratatat delivered again with their signature high-energy lights-and-live-music spectacle.

But the highlight of the night was probably the insane dubstep of Skrillex, who by all accounts completely killed it as the final act of the HARDER stage. As you can see from the many, many videos already making the rounds on Twitter and YouTube, the crowd was amped for his set from the very beginning, and as he ripped into high-voltage remixes of everything from "Cinema" to "Move Bitch," they kept the non-stop intensity going the entire time (the LAWeekly blogger reports catching a stray elbow to the face).

So here's a bit more, in pictures and videos, from HARDfest. And if you feel like you missed out, you only have to wait until October, when Skrillex, Fatboy Slim and Major Lazer will be among the big names playing HARD's Haunted Mansion. 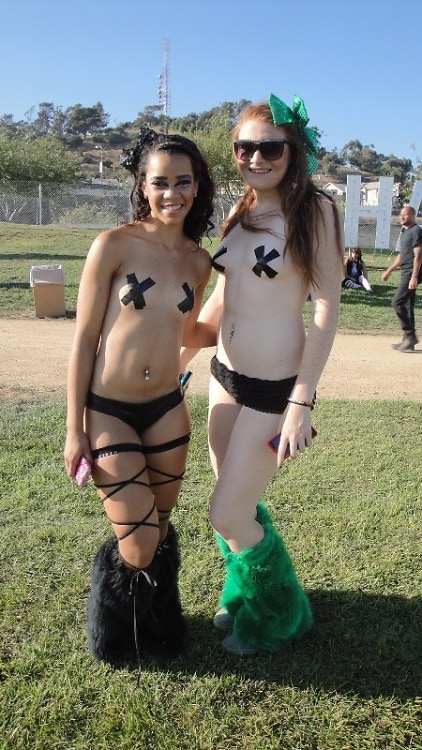 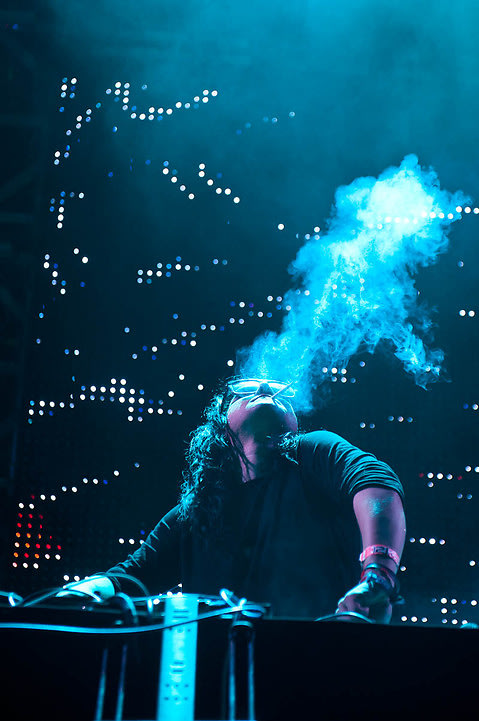 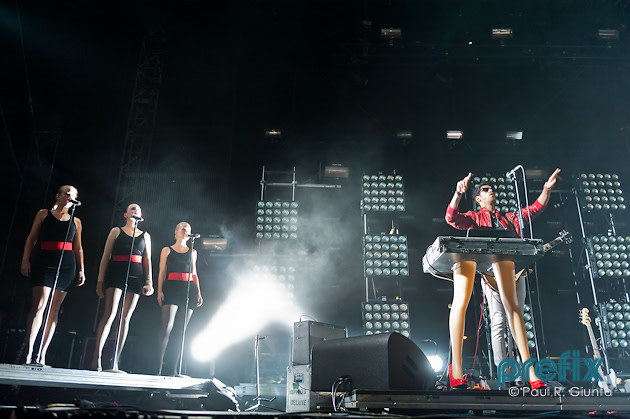 [photos via and via, videos via YouTube, via, via]