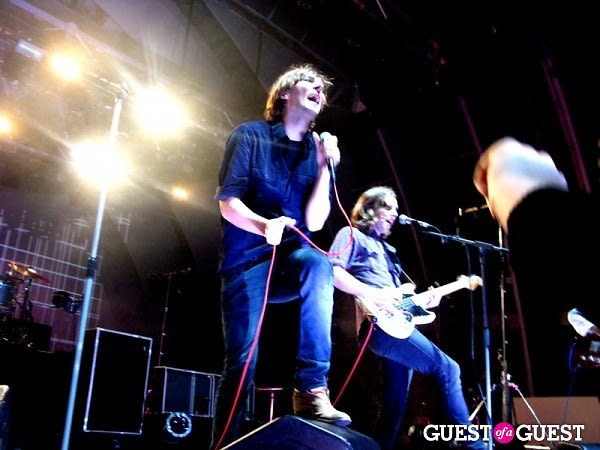 Go HERE for more photos from the show and tag yourself and your friends!

Even those who saw them play at Coachella this year could not have predicted the epic-ness of the Phoenix show at the Hollywood Bowl Saturday night. From the moment the Parisians, who could easily be mistaken for local Silver Lake folk, took to the stage letting "Lisztomania" rip, it was electric. The first concert of their world tour, the acoustics of sold out venue were perfect for the crisp guitar shredding and plucky keyboards that filled their set as the crowd danced and sang along to their favorites under the evening sky. 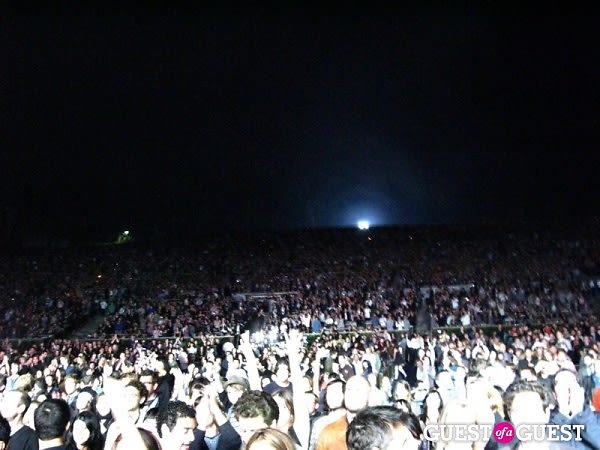 Vocalist Thomas Mars led the band and audience through the night's sonic journey, interspersed with mesmerizing minutes-long instrumental solos of sharp, heavy melodies with synchronized light shows. Aside from the music, the lights and set design were fantastic in their own right, illuminating the stage with everything from white strobes flashing from all directions to flat, monochromatic schemes to a pulsating rainbow of colors. Early in their set, a solid curtain-like sheet dropped from the ceiling of the dome down to the stage floor with lights projected against the two guitarists who stood behind it plucking a slow, haunting tune as their enormous silhouettes were projected out to the crowd. 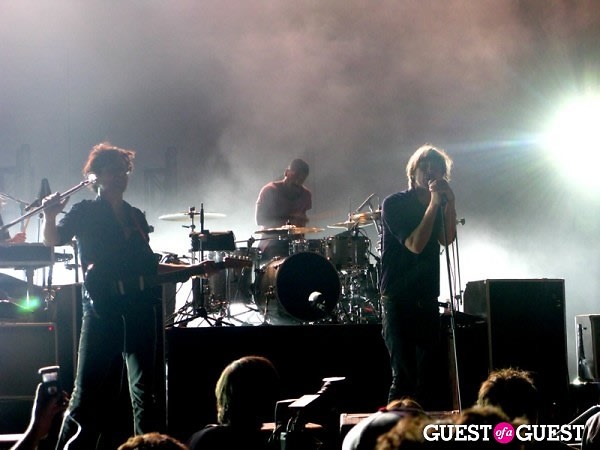 Of course Phoenix played all their hits, some with Mars singing from the middle of the audience underneath a spotlight. As with their Coachella set, the band closed out with an explosive rendition of "1901" extended with fierce guitar solos.  In their final moments before the crowd as they wrapped up the song and thanked their fans, Mars invited the audience up on stage, spurring a mad mass of indies in plaid with arms raised rushing into the Bowl's dome.

Although it may have had something to do with my awesome vantage point which grew increasingly better until I was standing close enough to touch the soles of Mars' shoes as he belted the lyrics of "1901", it was certainly one of the best shows I've been lucky enough to catch in L.A. and made me grateful to have place as magical as the Hollywood Bowl just a stone's throw and ill-placed Highland exit away.