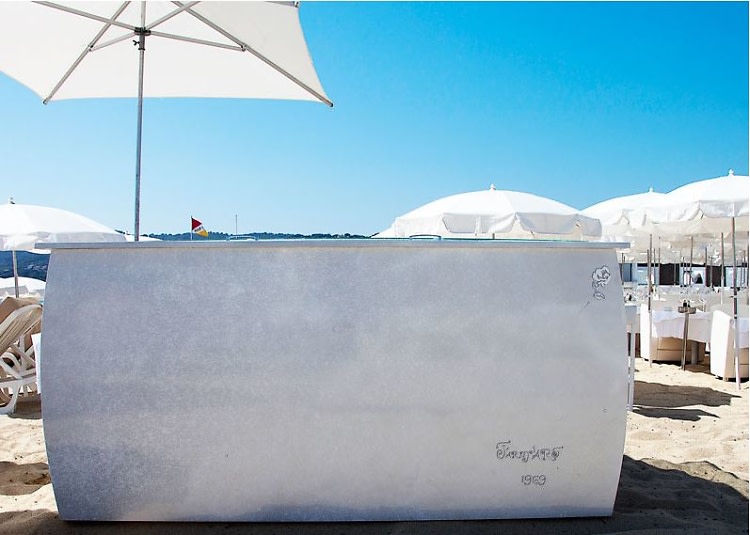 Famed furniture designer David Faruya brings his luxurious French Riviera-style stateside in a major way with his very own showroom of original designs in the beating heart of L.A.'s finest home furnishing retailers. Tomorrow night, come help celebrate as he hosts a party for the opening of his very first U.S. atelier, Faruya'Art 1969 on Melrose!

David Faruya started out working for several high-end furniture companies where he honed his craft of designing and finishing pieces. Under the employ of esteemed upscale French furniture companies, Faruya's prototype designs would be mass-produced and distributed by such renowned companies as Roche Bobois and Grange. But after 17 years of lending his expertise to other companies, Faruya decided it was time to fulfill his artistic destiny with his own line of designer furniture art and launched Faruy'Art 1969 in the South of France.

The designer describes his Faruy'Art 1969 pieces as "furniture jewelry made of dreams and heat," a collection of truly unique pieces found in the most exclusive homes and businesses along the beaches of the French Riviera. His work is some of the most exciting on the design scene, incorporating a bright palette, shimmer in lacquer and rhinestones, and exceptional craftsmanship. 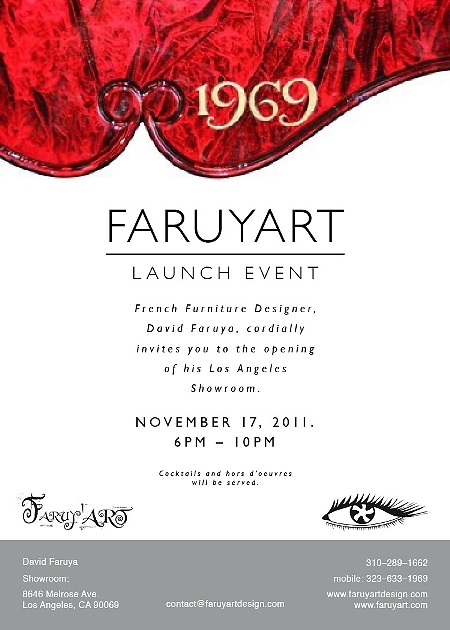 The success of his own collection afforded the designer the opportunity to pursue his other lifelong dream of his sharing his craft amongst some of the greatest in his industry in Los Angeles. Opening of his first atelier (that's chic-speak for "showroom") in the country, Faruy'Art 1969 in the Melrose Design District is at the center of the city's finest designer furniture. The first stateside outpost carries his own creations, each unique piece bearing his hand signature and imported from his atelier in the South of France.

The realization of his dream to bring his talents to Melrose is certainly cause for celebration, so the designer is having a little soiree tomorrow night, (Thursday, November 17) and would love to have GofG readers there as his guests. Come out to Faruy'Art 1969 for the showroom's grand opening celebration and get a taste of French Riviera panache, complete with champagne and hors d'oeuvres, plus a first look at the new space and Faruya's exquisite designer furniture art.